It's been a rollercoaster of a month for shortstop Carlos Correa. First, he thought he had a deal with the San Francisco Giants on December 13, when he agreed to a 13-year, $350 million contract. But after digging into Correa's medical past—specifically, a right leg that's been surgically repaired—the Giants expressed some hesitation. That moment of pause allowed the New York Mets to swoop in with a 12-year, $315 million deal that Correa accepted a mere 12 hours later.

Then the Mets took issue with his physical, as well. The team wanted to adjust the contract to account for Correa's injury history, but the two sides couldn't agree on new terms and the deal ultimately broke down. Finally, Correa agreed to stay in Minnesota and re-sign with the Twins, who signed him as a free agent in 2022.

Correa's deal will be for $200 million over six years. It also includes a vesting option for four years and $70 million, though the contract won't officially be signed until Correa passes a medical review. That means Correa could potentially miss out on $150 million thanks to his leg raising concerns for other teams. 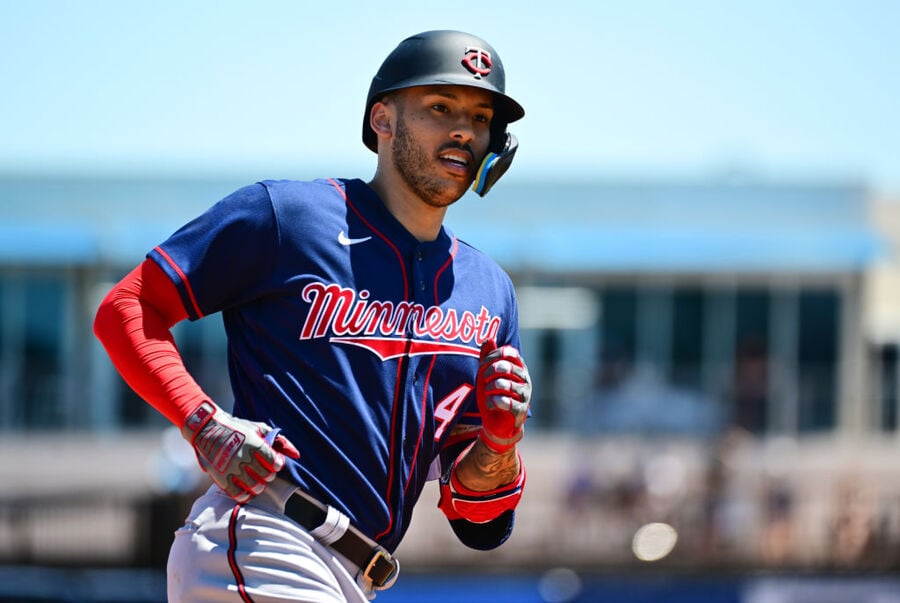 In 2014, when he was just 20 years old, Correa broke his right leg while he was in the minor leagues. He's spent eight years in the majors and has never once hit the injured list with a right leg injury, yet the Giants and Mets were concerned about Correa's future. Leg injuries can sometimes lead to complications down the road, and Correa, who's 28 now, could potentially experience trouble in the years to come. Both teams decided it wasn't worth the risk (or hefty price tag).

Last offseason, the Twins signed Correa to a three-year, $105.3 million deal that included an opt-out clause after the first season. His strong play generated plenty of interest, but, assuming the Twins don't find anything new in his medical reports, will end up back in Minnesota.

Despite the chaos of the past month, this third deal could actually work out in Correa's favor. If he plays well and stays healthy, he'll get that vested option added onto the end of his contract, making the deal essentially worth $270 million over seven seasons. He'd be 35 by the time the contract ends, and it's not outrageous to think he could get another deal worth more than $80 million for five years. That would surpass the initial offer from the Giants in terms of total dollars, and he'd reach that total a year sooner.

For now, Correa is just hoping he passes his physical with the Twins. Otherwise, it might be three strikes and he's out—at least in terms of scoring big money.