The contract dispute between the Dallas Cowboys and running back Ezekiel Elliott featured more drama than a daytime soap opera. Elliott left the country entirely, opting to train in Cabo San Lucas in Mexico. He also skipped his team's training camp and preseason games. Meanwhile, Cowboys owner Jerry Jones was yukking it up with the media, asking "who?" when questioned about Elliott.

Well, we can finally put all that behind us. Elliott and the Cowboys agreed to a six-year, $90 million extension. The deal includes $50 million guaranteed, the most ever for a running back. Elliott's contract surpasses Todd Gurley's $45 million guaranteed deal from last year. 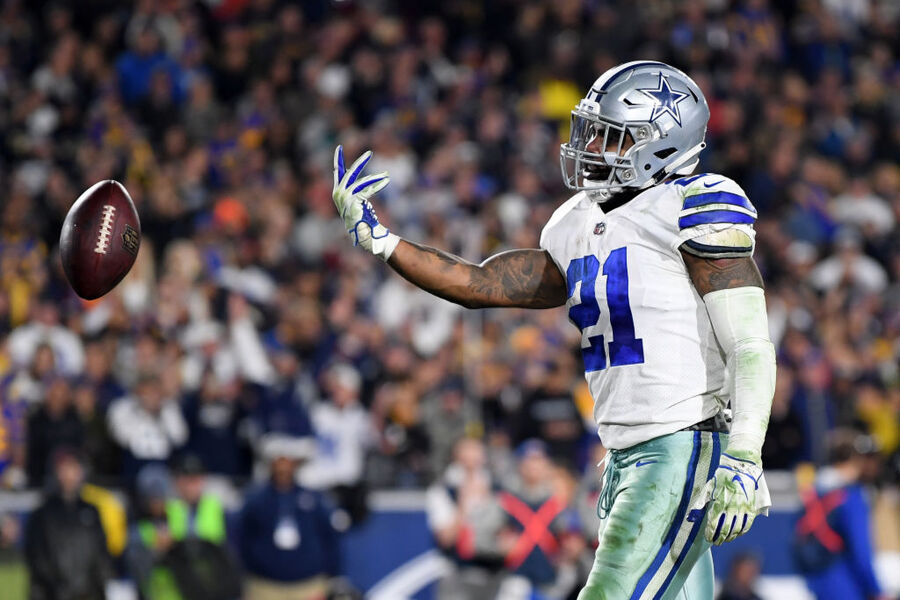 Elliott was fined $40,000 for each day of training camp he missed and may have to pay back more than $1 million of his rookie deal signing bonus. The Cowboys can choose whether they enforce that fine.

Elliott has led the league in rushing yards since 2016, amassing 4,048 during that timeframe. He's finished as the league-leader in two of those three seasons, just one of five players to do so since the NFL/AFL merger in 1970.

He's also had a handful of off-the-field issues. The league suspended him for six games in 2017 for violating the league's personal conduct policy. The suspension was handed down after an alleged assault of an ex-girlfriend the year prior. Elliott was never charged or arrested, though he was engaged in a lengthy legal battle.

Additionally, Elliott was involved in an altercation with a security guard this May. The NFL didn't punish the running back in this case, though.

Despite the ups-and-downs, the Cowboys have stood by Elliott's side. This new contract shows they're willing to support him no matter what.

Elliott's contract isn't the first big money the Cowboys have handed out this offseason. Per Spotrac, they've given $313 million ($185 million practically guaranteed) to four players.

The move is one of three additional deals the Cowboys hope to get done quickly. With Elliott signed, they'll work on negotiations with quarterback Dak Prescott and wide receiver Amari Cooper. Both could become unrestricted free agents next season, and the collective bargaining agreement doesn't kick in until 2020. If the Cowboys don't get deals done, the team will likely use the franchise and transition tags to keep both Prescott and Cooper.

But that's all in the future. For now, the team is excited to get their workhorse back in town. He'll have to get up to speed quickly – his first game is in five days.