Experience The Next Big Thing In Sports: The Drone Racing League

The next big thing to hit the world's leader in sports broadcasting is Drone Racing. That's right – that toy your mom got you from Radio Shack ten years ago that broke after ten minutes on Christmas morning – it could soon be worth some serious cash.

According to The New York Times, ESPN has officially agreed to terms with the Drone Racing League (DRL) to air a 10-episode series on ESPN and ESPN2 beginning on October 23rd of this year. Races will also be broadcast on Sky Sports Mix in the U.K. and Ireland.

When it comes to the actual races, think Star Wars: Episode 1 podracing, but on a much smaller scale and minus the fear of death… and all the aliens.

Basically, each race will feature six pilots who will operate their drones with Playstation-esque controllers. They'll wear Virtual Reality headsets which will put them in the cockpit of their drones, and they'll navigate an aerial obstacle course in short, high-speed, sprint-type race. Races will be quick and exciting, and the drones will fly at speeds up to 80 mph! 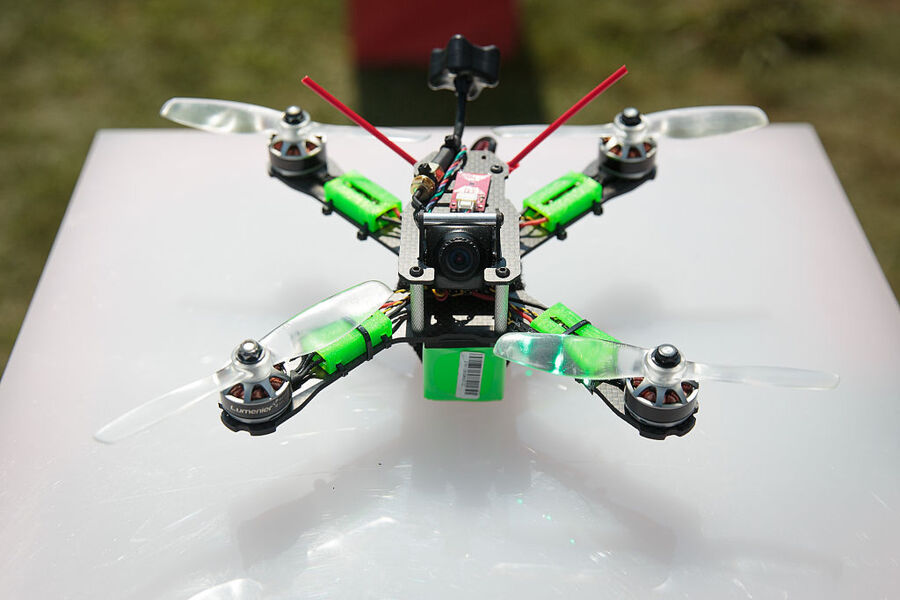 "It's an exciting, real-life experience mixed with video-gamelike dynamics," said CEO and founder of the DRL, Nicholas Horbaczewski. "These races are short sprints. It has that thrill of a 100-meter dash or horse racing."

All of the 25 pilots in the league will be on an even playing field, as they'll all be flying the exact same drone, measured down to the ounce. It will be fitted with colorful LED lights. The winner of the first season will be given an automatic contract for the 2017 season.

The various settings for the events sound like they're straight out of a video game. There will be races through a New York laboratory, an Ohio paper mill, an empty mall in L.A., a Detroit auto plant, and Miami's Hard Rock stadium.

Due to foreseeable production difficulties in creating live events for TV, the races will be pre-recorded and edited to give an easy-to-follow presentation. The broadcasts will also include segments designed to help the audience get to know the pilots, taking viewers into their homes and lives and revealing what got them into the sport. In the end, it's the characters who make the ratings.

Matthew Volk, ESPN's director of programming and acquisitions, believes there's a certain draw for sports like Drone Racing along with other recent ESPN acquisitions like CrossFit and BattleFrog.

"We think that they are emerging sports with emerging audiences because they're the kind of activities that any fan can go out and do," said Volk.

According to the DRL, the latest round of investments totaled around $12 million. Among the big names in the investments are RSE Ventures, headed by Miami Dolphins owner Stephen Ross; Lux Capital; and Cleveland Cavaliers owner Dan Gilbert.

Come October 23rd, it's time to buckle up and get your Anakin Skywalker on with the Drone Racing League.