What Are The Most Expensive "Dead Money" Contracts In Sports?

There's an interesting thing that goes on fairly regularly in sports: the "dead money" contract. When a team hires a coach or player, there's excitement surrounding the signing. But sometimes, within a couple years, or sometimes even a couple of games, it becomes clear that said player or coach is actually an awful fit within the team. In those cases, it would be more beneficial for the team to rid themselves of that player or coach, even if it means paying them a large sum of money to do so.

Some leagues are taking note of this, and have established new rules over the past few years. The NHL provides the compliance buyout, which allows a team to pay a player two-thirds of the money owed to a released player owed over twice the amount of time. The NBA, meanwhile, as the amnesty clause–the player being tossed to the curb still earns his entire salary (paid by the team releasing him), but his contract doesn't count against the salary cap. That allows a team to make more moves in trades and free agency, and also helps them avoid paying the luxury tax.

Charlie Weis is one of the best examples of a coach or player earning dead money; he was paid $25 million from TWO DIFFERENT SCHOOLS to not serve as head coach. It's pretty remarkable to pull that off at one university, but Weis was so unwanted that both Notre Dame and Kansas paid him to just go away.

A short while ago, to honor the ten-year anniversary of Weis' terrible contract extension, ESPN's Darren Rovell ranked a few of the worst dead money contracts in sports, based on length and amount of money. Here's a look at the most expensive ones:

Hamilton's battle with drugs and alcohol is pretty well-documented, but it appeared he had overcome his issues when the Angels signed him to a five-year, $125 million deal back in 2012, stealing him away from division rival Texas. He made it through two seasons with the Angels, batting just .255 and hitting 31 home runs with 123 RBI total. During the 2014 off-season, he had a relapse, and Angels owner Arte Moreno was ready to give him the boot. The Rangers returned to the mix, offering to take Hamilton back while providing $6 million of his remaining $80.2 million salary. Hamilton agreed to forego what he would save in state taxes, since California is one of the most expensive states for that, while Texas has no state income tax. In the end, Moreno footed a $68 million bill to get rid of Hamilton, and it'll probably be the biggest dead money contract for years to come.

In 2008, Arenas was one of the top point guards in the NBA, and the Wizards rewarded him with a six-year, $111 million contract. He made it to Christmas Eve of 2009 before things started unraveling. That's when he and then-teammate Javarris Crittenton were involved in a gun incident in the Washington locker room. When he returned to game action, Arenas came out during the starting lineup introductions pretending to fire guns. The entire situation forced the Wizards to suspend both players for the rest of the year, and Arenas missed 50 games that season. Despite his massive contract and propensity for getting into trouble, the Orlando Magic were interested in Arenas, so the Wizards traded him after the 2009-10 season for Rashard Lewis (who also had signed a massive contract a few seasons earlier). The marriage between Arenas and the Magic lasted less than a full year before the team decided he was expendable. In the 2011 off-season, Orlando amnestied him, doling out the remaining $62 million over five years. 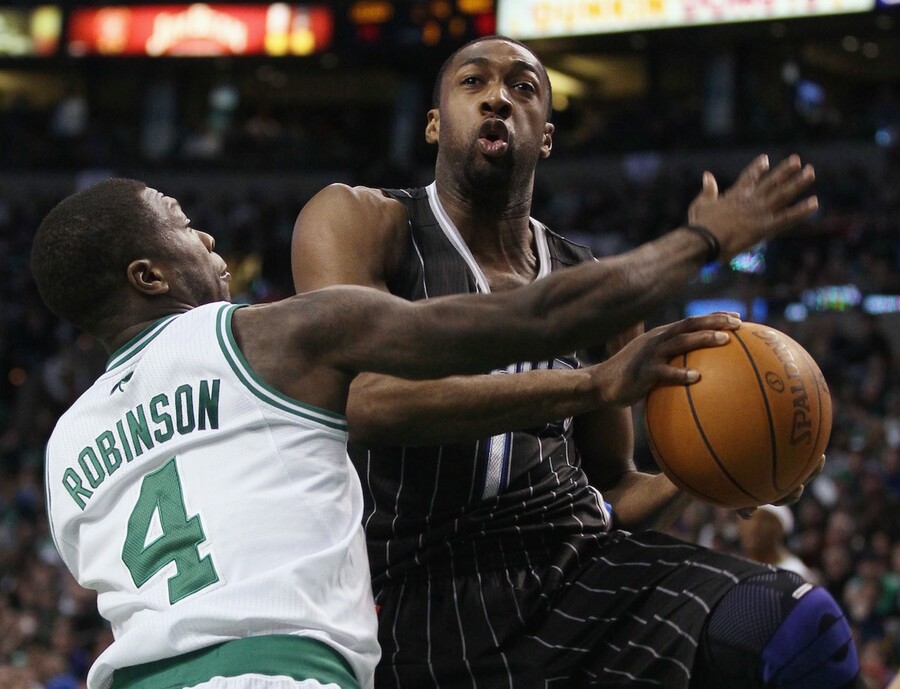 The NBA's amnesty provision has only been in place since 2011, but that wasn't the first time the amnesty clause was activated. No, that would be in 2005, when Michael Finley was waived from the Mavericks despite still having three years and $51.8 million left on his contract. Mavs owner Mark Cuban would have had to pay a dollar-for-dollar luxury tax on that salary, so he argued he actually saved the team $90 million, since he could stretch Finley's contract out over ten years. And hey, the Mavs have made it to two NBA Finals since then, winning one, so it's not like it was the absolute worst decision in the world, though it was costly.

Fun fact: NBA players get overpaid quite often. Such was the case with Josh Smith, who was notorious for chucking up poor-percentage long two-pointers while with the Hawks. Thinking they could change his ways, the Pistons signed him during the 2013 off-season. He played a little more than one full season in Detroit, with the team trying unsuccessfully to trade him for about half of that time, before they figured waiving him was better than keeping him in a very crowded frontcourt. They still owed him $10 million that season and $26 million over the next two; instead, after releasing him, they'll stretch that payment out until 2020. At least it's a little more reasonable, right?

After the 2007-08 season, the Lightning felt Lecavalier was well-deserving of a new contract, so they went to absurd levels, giving him an 11-YEAR, $85 million deal. Naturally, the team didn't even make it through half of that time frame before realizing the price was too much. Using the new compliance buyout in 2013, the team gave Lecavalier $8 million immediately, and will pay him $24.7 million over the next 14 years. Lecavalier is now a member of the Philadelphia Flyers, who signed him to a much more reasonable five-year, $22 million contract.

If you take anything away from this list, it should be that the Texas Rangers are really good at fleecing other teams out of power hitters. After Detroit signed Fielder to a nine-year, $214 million deal, his on-field production quickly diminished, and the Tigers wanted to get rid of him. The Rangers came calling, offering Ian Kinsler in exchange for Detroit's first baseman. But wait, there's more: the Rangers also convinced the Tigers to throw in $30 million as part of the deal. And Detroit was so eager to get rid of Fielder that they did it. Amazing. 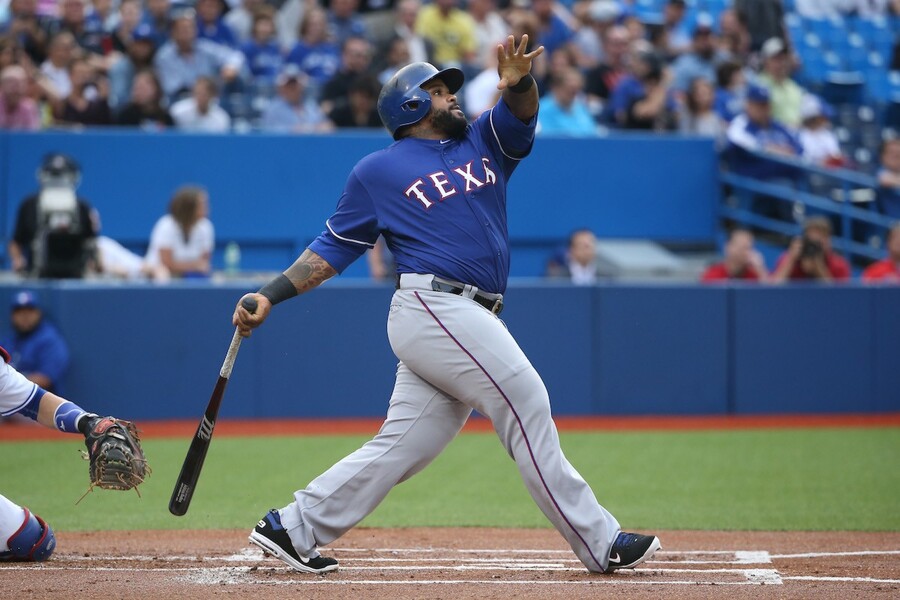 Bobby Bonilla, without a doubt, has the cushiest dead money contract going in the world. We've detailed his absurd deal before, but it certainly bears repeating here. The Mets cut Bonilla in 2000, and owed him $5.9 million when they did so. Rather than just forking over the cash on the spot, they worked out a payment plan to give Bonilla $29.8 million from 2011 to 2035. Since 2011, every single year on July 1, Bonilla has made $1.19 million from the Mets for literally doing nothing. And he's going to continue to do so for the next 20 years. Not a bad deal at all.

When Mikhail Prokhorov took control of the Nets in 2010, he immediately made it clear he wasn't afraid to spend money. One of his biggest acquisitions was former Jazz point guard Deron Williams, who signed with the Nets in 2012 for five years and $98 million. Considering the Nets brought a ton of talent together this decade and only have one playoff series win to show for it, it's safe to say the contract was part of a disastrous experiment. Williams was injured often, and while he did show flashes of brilliance, it wasn't enough. The Nets reached a buyout agreement to pay Williams $27.5 million of the remaining $43.3 million left on his contract. But don't feel bad if you think Williams lost out on some money; he signed a two-year deal, $10 million deal with the Mavericks. Yes, Prokhorov is paying Williams nearly three times as much as the team that he's currently playing for.

The Islanders were in need of a goaltender in 2006, and DiPietro wasn't even 25 years old at the time. Owner Charles Wang, who claims he had made large deals like this his entire business career, signed DiPietro to a 15-year, $67.5 million contract that was the second-longest in major sports history. Of course, things went wrong quickly, as DiPietro had myriad injuries, including multiple concussions, two hip surgeries, a knee surgery and a hernia surgery. By 2013, DiPietro could barely even stand upright in goal. The Islanders used the compliance buyout provision, and will pay him $24 million over 16 years through 2029. Each game DiPietro played for the Islanders will cost the team more than $137,000 through the end of the next decade. 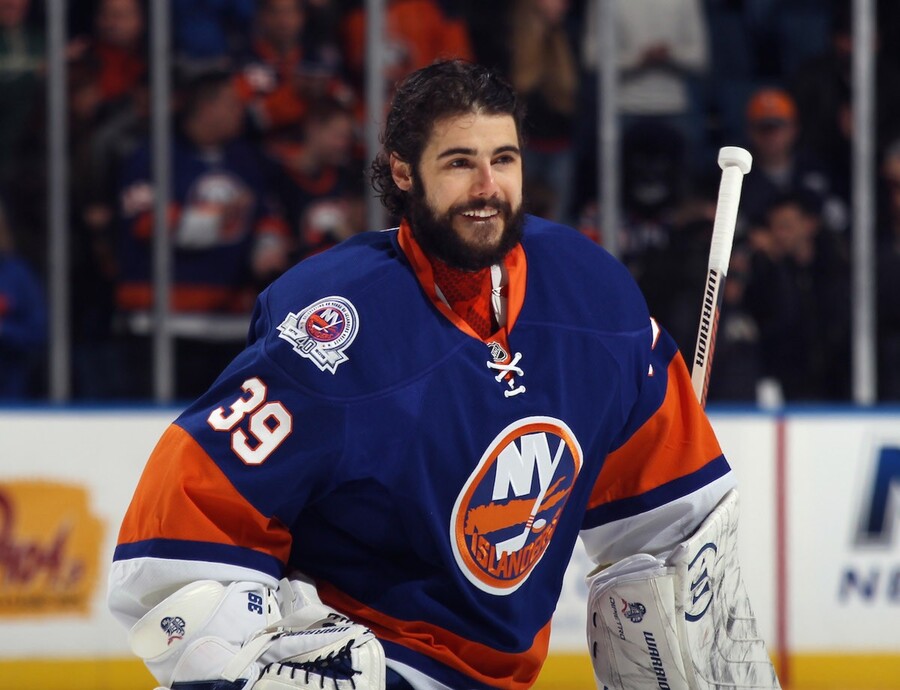 You didn't really think the Knicks would avoid having a player on this list, did you? They grabbed Williams from the Bulls with four years left on a seven-year contract, and he excelled in the Big Apple. Just kidding, he averaged 4.5 points in one season with the Knicks, before they were allowed a one-time amnesty provision in 2005. Sure, they saved $21.3 million in luxury tax, but they still had to pay Williams $21.3 million to not play for the team. That wasn't Isiah Thomas's lone blunder, when he served as team president from 2003 to 2008: he also gave money to "big" names like Dan Dickau, Maurice Taylor, and an aging Stephon Marbury, to, once again, get paid while not playing for the team. Knicks fans everywhere are nodding their heads sadly.