Everything You Need To Know From Super Bowl 50

Well, we've done it: Fifty Super Bowls are in the books. The golden game Sunday night turned out to be a defensive battle, which, really, we should have seen coming. The Broncos have been doing this all year. Their defense plays at an insanely high level, and the offense does just enough to get a victory. The Panthers, meanwhile, had a very solid defense of their own. You just figured their offense would show up, too. But hey, as the old mantra goes, defense wins championships. Denver proved that in spades.

This entire section could very easily be about the Broncos defense. We'll start with Super Bowl 50 MVP Von Miller. Denver had two touchdowns in this game, and they both essentially came courtesy of Miller. He physically ripped the ball out of Cam Newton's hands on a sack in the first quarter; the ball bounced into the end zone, where Denver's Malik Jackson dove on it for the first touchdown of the night. Then, with the Broncos leading by six with about four minutes left, Miller came through again. He hit Newton's arm, forcing his second fumble of the game. It was picked up by TJ Ward, and the Broncos clinched the victory from there when C.J. Anderson scored the Broncos' only offensive touchdown of the game. In between those two forced fumbles, Miller and the Broncos hounded Newton all night.

Leading the quarterback hit charge was DeMarcus Ware, who got to Newton four times en route to two sacks. As a team, the Broncos hit Newton 13 times, getting seven sacks and forcing four turnovers. The Broncos didn't do anything particularly new, but they got pressure from all areas of the field, as DBs Darian Stewart and Chris Harris each recorded a sack, too. Hey, if it ain't broke, don't fix it. And Denver's defense is not absolutely broken.

The Panthers offense looked miserable all night, but the defense was a consistent bright spot. Kony Ealy became the first player in Super Bowl history to have two sacks–he had three of the Panthers' five on the night–and an interception. Luke Kuechly had 10 tackles and one sack where he literally ran through Denver's defense untouched. As a unit, the Panthers held 11 Denver drives to fewer than 10 yards. They gave up 24 points, but one of those was a defensive score by the Broncos, another was when Denver started at the Panther 4-yard line, and they held Denver to a field goal after the Broncos started from Carolina's 14. All in all, Carolina's defense played well enough to win the Super Bowl. It's too bad their offense didn't get the memo.

We will give a couple of offensive shoutouts, though: Corey Brown had a number of big catches, including a difficult, impressive grab on a deep ball that got the Panthers into scoring range. Alas, it resulted in a Cam Newton interception, but still, great performance by Brown. He finished with four catches for 80 yards before leaving with a concussion. And Jonathan's Stewart jump over the pile was pretty fun to watch, especially when combined with his hand jive touchdown celebration.

Peyton Manning may not have played particularly well on the field, but man, those two Budweiser product placements during the postgame interview and ceremony, respectively, were spot on. 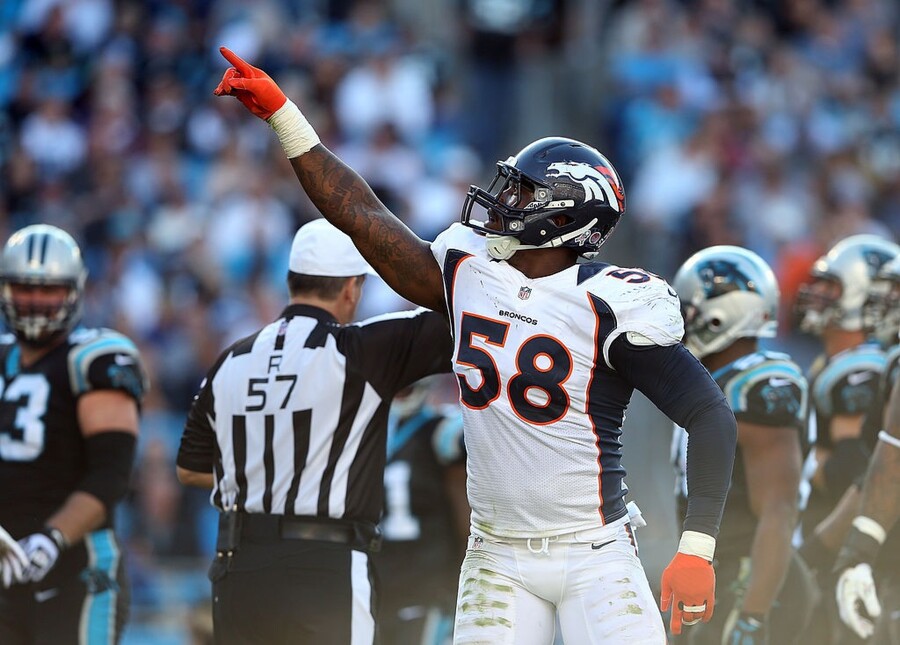 The Panthers averaged 31.2 points per game this season. They managed less than a third of that on Sunday. It's easy to blame Cam Newton for the struggles, as he finished 18-for-41 for 265 yards and an interception, posting his lowest quarterback rating of the year at 55.4. But he really had no time to throw all night. And the play-calling from offensive coordinator Mike Shula was hardly inspired, either. He never really tried designed QB runs, despite having probably the best quarterback in the game at pulling those kinds of plays off. He also had a curious backwards pass trick play call on one of the rare possessions the Panthers DID have something going; the play lost yards, and Carolina lost any semblance of momentum they may have built up. Shula was very strong in his play calls throughout the year, but he really had an off night here.

The Panthers also certainly weren't aided by uncharacteristically jittery play from a few of their most steady contributors. Jerricho Cotchery, who never really rebounded after that fantastic catch that ended up being ruled incomplete, dropped two passes. He had zero drops all season. Mike Tolbert fumbled twice, losing one. Not only had he not fumbled all year, he hadn't fumbled since 2011! Poor time for Butterfinger to sponsor the Panthers offense.

Aqib Talib was an important contributor for the Broncos this year, but his volatility almost let the game slide back to the Panthers early on. During the Panthers lone touchdown drive, Talib got a needless taunting penalty, and then a violent face mask penalty on Corey Brown. After the game, Talib said he committed that penalty on purpose because he knew there would only be an additional yard or two tacked on, as the Panthers were inside the five-yard line when the penalty was committed. Openly admitting you were trying to injure another player is never a good idea, particularly when that player then left the game with a concussion later on. To cap it all off, during the postgame ceremony, Talib tried to run over to the CBS studio set to celebrate with the hosts, and fell down.

Yes, Newton was pouting and sullen during the game, and especially during his short postgame press conference. And yes, he probably could have dove on that loose ball with four minutes left, when the Panthers were only down six points. But the ensuing criticism coming from the media, former players, and even celebrities is pretty remarkable. Bill Romanowski tweeted (and almost immediately deleted) a "shame on you" style tweet that ended by calling Newton "boy." Rob Lowe criticized Newton's postgame press conference performance. So did nearly everyone else. For starters, both Romanowski and Lowe have done a decent amount of questionable things in their careers, so it's interesting to see such an intense moral high ground stance. But perhaps more importantly…why are we surprised by this? Newton acted no differently than he has throughout his career. He wears his emotions on his sleeve; that can certainly rub people the wrong way, and understandably so. However, we're not seeing anything new here. The main difference between this season and the first four of Newton's career is that the Panthers were winning almost every game this year. That's it. The criticism of Newton overshadowed a great performance by the Broncos defense. Let's celebrate the positive and save the complaining for another day, ideally more than 20 minutes after the Super Bowl. 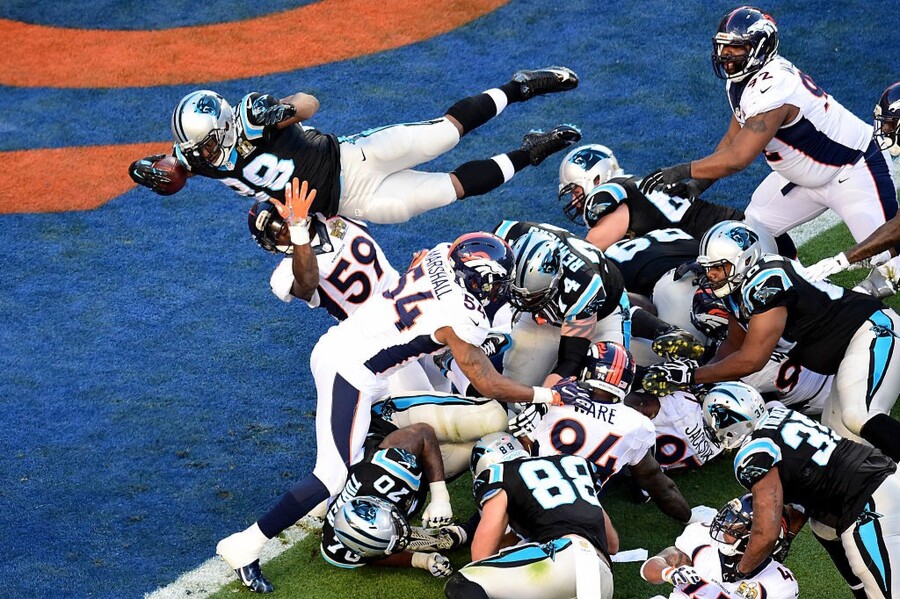 When the Broncos wear white, they haven't lost a Super Bowl. They haven't won one wearing any other color.

Denver had a stretch where they failed on 12 straight third downs, a Super Bowl record.

Some random prop bets results: Orange Gatorade was poured on the winning coach, Lady Gaga's National Anthem was 2 minutes and 9 seconds, Coldplay's first song was "Viva La Vida," Charlotte-native Steph Curry wore a personalized Panthers jersey, and NFL Official consultant Mike Carey was wrong about a challenge on a possible Carolina catch–though it looked like he actually made the right call, the on-field officials just ruled it an incomplete catch.

Hopefully you enjoyed this NFL season, whether you watched every minute or just were curious if Left Shark would make another appearance at the halftime show. See you next year!