Everybody's Getting Paid: Why This Summer Is The Most Ridiculous Free Agency Spree In NBA History

If you're an NBA free agent this year, you've had a fantastic summer.

Nearly every single player has been signed to mammoth deals, relative to their worth. Teams are willing to overspend to keep players in town – like the Grizzlies and Raptors giving Mike Conley and DeMar DeRozan more than $30 million per year in their latest contract extensions – and they're not shy about doling out big dollars for even modest free agents: Chandler Parsons signed a max deal with Memphis, and to replace him, the Mavericks signed Harrison Barnes to the same contract (four years, $94 million).

Perhaps the most stunning fact from this summer, though, is the fact that Timofey Mozgov, who signed with the Los Angeles Lakers, is going to make nearly $3 million more than Steph Curry. Yes, a guy who averaged less than six minutes in the playoffs is earning more than the first unanimous MVP in league history.

How does this happen? Why is Curry such a bargain (at least for one more year) while average and below players are getting huge paydays? As many things in life do, the answer comes down to timing. 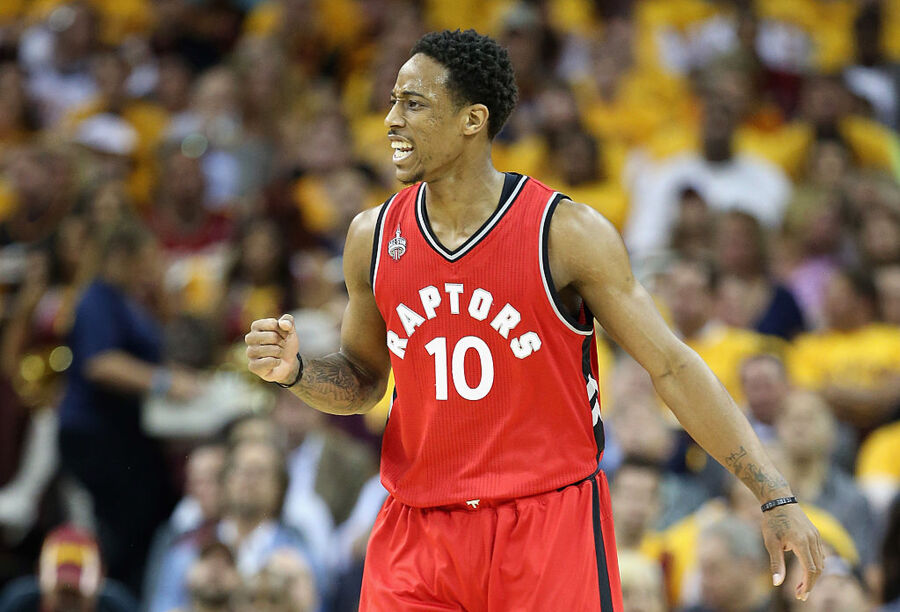 Let's look at Curry's contract first. He signed it back in 2013, when the salary cap was at $58.6 million. This was before Curry exploded onto the national scene, although he was still a very solid player. The value of his deal was $44 million over four years, which was already viewed as a bargain at the time. Now that Kevin Durant has signed with the Warriors, Curry is the fourth highest-paid player on his own team. His contract is an absolute steal.

Now let's jump ahead to the present day, and see why Mozgov is making a lot more money. Thanks largely in part to a new broadcast deal the league signed with ABC/ESPN, the salary cap has jumped up to $94.1 million, including a $24.1 million leap in just last year. NBA contracts are signed based on a percentage of the salary cap. A deal like the one Conley signed is the most a player of his tenure could have gotten. Likewise with DeRozan; they got 30 and 25 percent of the cap, respectively. And since they're signing with their own teams, they get a 7.5 percent increase annually.

In simpler terms, it means teams have an abundance of money to spend. This is essentially a green light for front offices to spend an additional $24.1 million this offseason, or to try and save up for next season, when the salary cap is projected to be even larger. We may look at the landscape of the NBA in a couple of years, and Mozgov's four-year, $64 million could very well turn out to be cheaper than most others at his position.

Guys like Curry, who were locked up a couple of years ago, are playing for well below their value. They'll get paid eventually when their current contracts are up, but because of the skyrocketing salary cap, they're missing out on potentially millions of dollars.

Despite the license to spend, teams can't be too frivolous handing out big contracts. The salary cap is projected to increase to nearly $110 million next year. If a franchise has enough money, it could sign not one, but two players to max deals. It'd be like when the Heat Big Three formed, except nobody would have to give up money to allow the team to sign everyone.

Take the Chicago Bulls, for example. Before signing Dwyane Wade away from the Heat, they inked Rajon Rondo to a two-year, $28 million deal. That's already not too restrictive, especially for a guy who led the league in assists last year (albeit while turning the ball over just about one out of every four possessions). But the Bulls structured the contract to allow for a mutual buyout after this season. If the Rondo experiment doesn't work, the two can part ways, and Chicago will still have the financial flexibility to sign other players next offseason.

This off-season has been chaotic, yet extremely lucrative for players. And while those who are already under contract may be missing out right now, don't feel too badly for them – they'll get their big paydays soon enough.