Back in December of 2011, life was good for Derrick Rose and the Chicago Bulls. The hometown guard had won Rookie of the Year his first season, and was the reigning MVP – the youngest player ever to win the award, at 22 years and six months.

Signing a contract extension was a no-brainer: Rose would play out the 2011-12 season (shortened by the lockout), and then a five-year, $95 million deal would kick in at the start of the 2012-13 season. In the grand scheme of things, and particularly considering how much the salary cap has jumped in the past few seasons, this extension could be seen as a steal by the time it ended.

Of course, you would have expected it to be a steal from the Bulls' perspective, not the other way around. 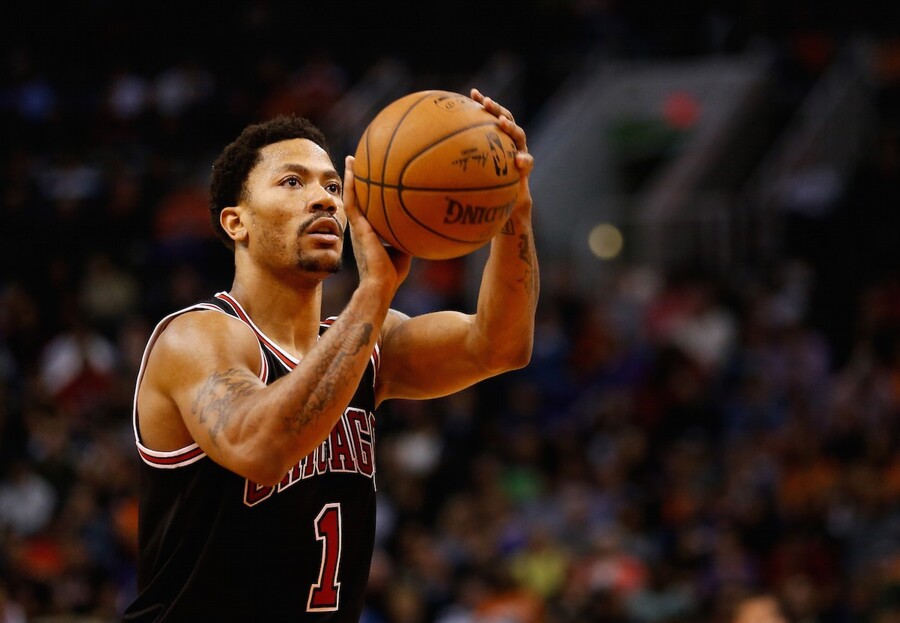 In the past three years, Rose has missed 75% of his team's games. The Bulls have paid him $52.8 million in that timeframe, and have only recouped $10 million via an insurance policy. How has this happened?

Prior to 2012, Rose played in nearly every game, only sitting out six contests in his first three years. During the lockout-shortened season, Rose missed 27 games during various ailments and injuries. Since the schedule was super-compressed, including multiple four games in five nights stretches for teams, it wasn't too big of a deal that Rose was taking some time off. After all, the Bulls were a solid team destined to make the playoffs as a high seed, and for the second year in a row, they ended up first in the Eastern Conference.

It's what happened in their first-round matchup with the 76ers that really changed everything. With 1:22 left in Game 1, the Bulls were leading by 12. Rose, who was just shy of a triple-double, slashed into the lane and put up a floater. When he came down, he landed awkwardly and tore his left ACL. Not only were the Bulls championship aspirations quickly dashed, Rose's entire next season was missed.

Despite being cleared to play in March, Rose sat out all of 2012-13, prepping for a comeback at the start of the following campaign. He struggled to get going early, clearly rusty from missing so much time. In his first three games back, he averaged nearly six turnovers a game. On November 22, 2013, he tore the meniscus in his right knee. Once again, his season was done. Statistically, it was the worst year of his career: he shot just over 35% from the field, averaged 3.4 turnovers and both his points and assists per game averages were the worst they've ever been.

This past season, Rose showed flashes of the player he had once been, though he relied a bit more on a streaky three-point shot. But in February, injuries once again befell him; Rose tore the meniscus in his right knee for a second time. He only missed about a month, though, and returned in time for the playoffs, even hitting the game-winning shot in Game 3 of the Eastern Conference Semifinals against the Cleveland Cavaliers.

Could that be the start of something bigger and a return to prominence? It's way too early to tell, but the fact remains that Rose has missed 234 games (including playoffs) the past four seasons, while only playing in 113. That ratio looks even worse if you just look at things since Rose tore his ACL. And to add an broken down, beat up cherry on top, it was just announced that Rose broke his left orbital bone on the first day of practice during training camp. The Bulls are hopeful he can return for the season opener, though his past injury history suggests it could be longer than that.

Rose recently made comments suggesting he was already looking forward to free agency. While he believes his future is still with the Bulls, he mentioned he was concerned about making max-level money. That seems highly unlikely right now – even a contract similar to the one he's playing on currently is a stretch. Trading him isn't really an option either, as few teams would take on that enormous burden of a salary. The best the Bulls – and Rose – can hope for is that he returns to near All-Star level form. The glimpses last year were promising, but the question is: can he put it together for an entire season?