Even After His Injury, Kevin Durant Can Make An Extra $57 Million – Here's How

Kevin Durant missed more than a month of the NBA playoffs with a calf injury before returning in Game 5 of the NBA Finals. After just 12 minutes of playing, he ruptured his Achilles. The injury could cause the two-time champ and 2014 MVP to miss the entire 2019-20 season.

But thanks to a little creativity, Durant could still make a ton of money.

Per ESPN's Brian Windhorst, the Golden State Warriors are exploring the possibility of signing Durant to a five-year deal this summer. He'd spend the year rehabbing in the Bay Area, and then the Warriors would trade him next offseason. Essentially, it's a delayed sign and trade deal.

"One of the things that is being discussed right now is that the Golden State Warriors would offer Kevin Durant a five-year contract, $57 million extra than he could get signing elsewhere, let him rehab and then work with him to be traded," Windhorst said on an appearance of Get Up. "Potentially to New York, potentially to somewhere else. It would be their way to sort of take care of him monetarily after what he just went through and also protect the franchise and get some assets." 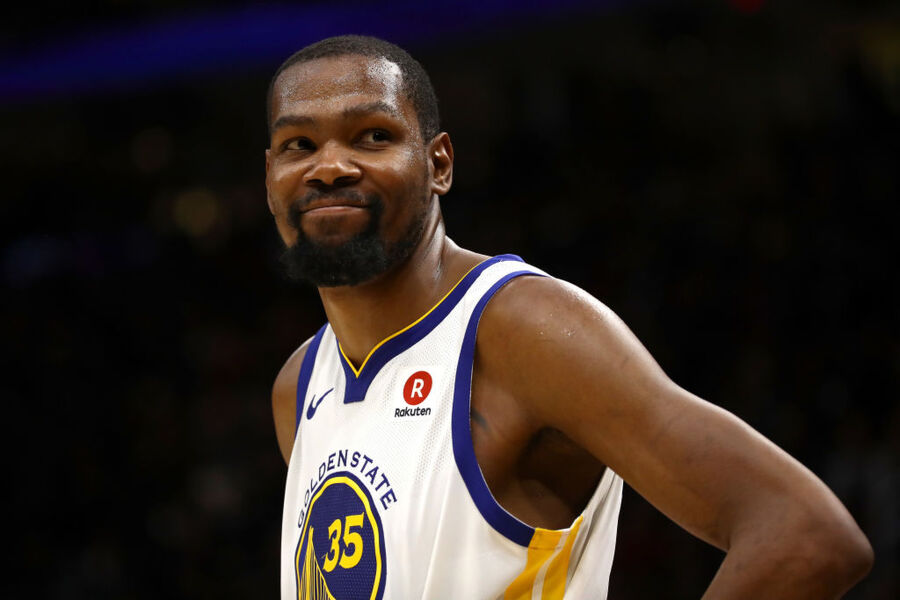 Durant could sign a player option this year worth $31.5 million. But an Achilles injury is incredibly devastating. If Durant does miss all of next season, he'll be 32 the next time he plays in an NBA game. Will he still be the same dominant player he's been over the past few years?

With all those concerns, Durant may forgo his player option and get an extra year of security. The Warriors are the only team that could offer that fifth year – Durant could potentially make about $221 million over five seasons.

If he signs elsewhere, he can get a four-year deal worth up to about $164 million.

The general consensus throughout the year was that Durant would leave in free agency. His injury adds a new wrinkle, one that might actually benefit the Warriors. If Durant is traded, they would at least get something back for him.

It appears that Durant will still get a max contract, regardless of where he ends up. The question now is just how much will that deal be worth?