ESPN has seen its number of subscribers and viewership decline over the past few years, especially as more people cut the cord and move away from subscription cable services.

Two years ago, that meant letting some behind-the-scenes folks go. Now, it's on-air talent that's getting the boot. ESPN plans to either buy out or simply not renew the contracts of nearly $100 million worth of on-air personalities.

From 1979 to 2011, ESPN saw an increase in the number subscribers every year. But much like the dot com bubble of the early 2000s or the housing bubble in 2008, the good times weren't going to last forever. Cable viewership hit its peak in 2011, and since then, ESPN has lost subscribers each month. From 2011 until now, ESPN has dropped from 100.1 million to less than 88 million. That's a decrease of more than 12 million total subscribers.

It's estimated that each subscriber is worth $7 to the network, so a substantial loss like that certainly takes a financial toll. Couple that with the fact that ESPN pays more for content than any other network – $7.3 billion – and you have the recipe for layoffs.

The rights fee will only go up, as networks compete to spend money for live sporting events. And unless ESPN can turn its subscriber rate around, it's going to see a decline in revenue, especially at the rate it's currently been seeing subscribers drop off – more than 1.1 million left during October and November of last year – it could be just a few years before ESPN is spending more money in a year than it's bringing in.

The biggest problem is that the lack of cable subscribers hurts ESPN more than any other network because of the massive fee for live sports. A news channel like CNN can survive by producing fewer expensive news packages, and ditto for any channels like AMC and FX, which could just make fewer movies and shows.

ESPN doesn't even get most of the top sporting events. The NCAA Tournament is on CBS and the Turner network of cable channels. FOX, CBS, and NBC get most of the football season and the superior playoff games. Likewise, the World Series, the Masters, major Olympic events, the best college football games throughout the season, and many other big-time sports are on network or "free" TV. 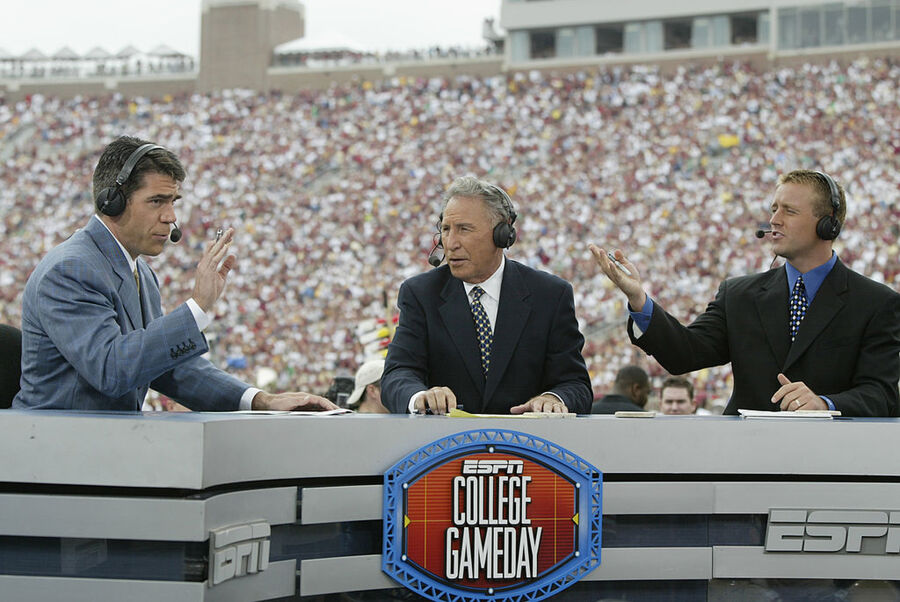 Meanwhile, ESPN gets the worst Wild Card game in the NFL playoffs, Monday Night Football, the college football playoff, a handful of college basketball games during championship week and the majority of the Eastern Conference Playoffs. It's a good haul, but the majority of casual sports fans aren't tuning into a lot of those events regularly.

While the networks make a good chunk of their revenue from advertising, only about 25 percent of ESPN's comes from ads, the bulk comes from subscribers. To wit, ESPN spends $2 billion a year to air NFL games, but only made $285 million from advertising in 2016. Compare that to FOX, which made $1.44 billion from NFL advertising revenue last year.

The cable and satellite package was once the most lucrative deal the media world has ever seen. But now, the way people consume media is changing. Unfortunately, ESPN is stuck with the deals it currently has, and it's going to cost at least a few on-air employees their jobs.