New York Giants quarterback Eli Manning plans to announce his retirement from the NFL on Friday. The 16-year-veteran spent his entire career with the Giants, winning two Super Bowls along the way. He's also going out as the all-time earner in NFL history.

Per Spotrac, Manning will retire having made $252 million over his 16 seasons in the NFL. That's about $3 million than the second highest-earner – coincidentally Manning's older brother Peyton. The elder Manning made around $249 million over 18 seasons before retiring in 2016.

Manning was drafted No. 1 in the 2004 draft by the San Diego Chargers, even though he publicly stated he wouldn't play for them. The Chargers immediately traded Manning to the Giants for several picks, including ones that turned into quarterback Philip Rivers and linebacker Shawne Merriman.

As a result, Manning and Rivers have often been linked. And while Rivers is still planning to suit up in 2020, Manning has bested him on both titles and career earnings. Manning led the Giants to the 2007 Super Bowl by knocking off the then-undefeated New England Patriots. In 2011, Manning and the Giants again took down New England. 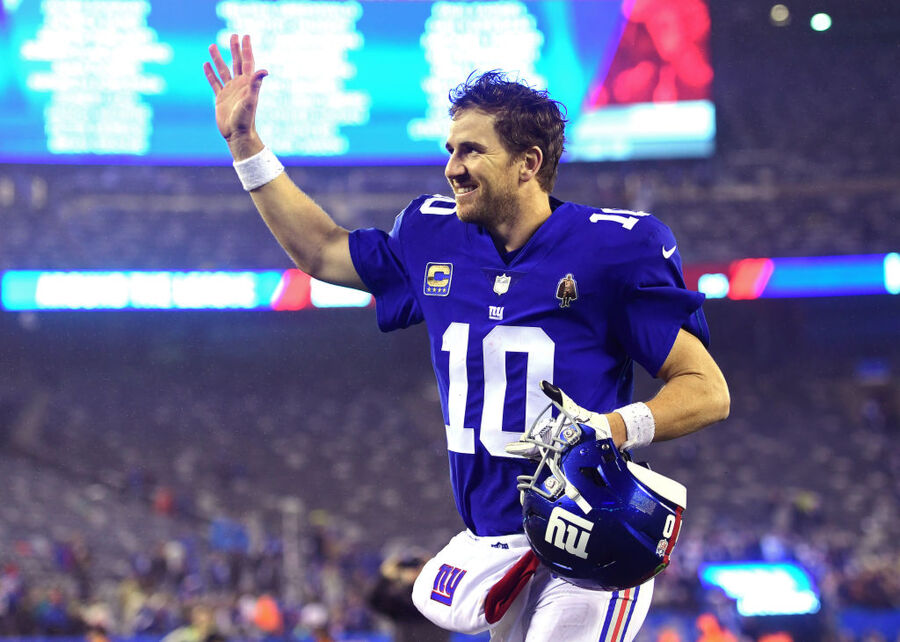 Manning would only make the postseason one more time after that second Super Bowl run. In 2017, his streak of 210 consecutive starts ended. He only missed one game and played all of 2018, but was benched in favor of rookie Daniel Jones just two games into 2019.

Jones played the majority of the season but suffered an ankle injury. That injury allowed Manning to finish out the final two games, including a Week 16 victory against the Miami Dolphins, the final home game of Manning's career.

Manning will retire as the Giants franchise leader in several categories, including most passing yards (57,023) and touchdowns (366).

Like his brother, Eli Manning became a marketable star during his career. He had endorsement deals with Gatorade, DirecTV, Nationwide Insurance, and Visa, and even hosted an episode of Saturday Night Live.

Despite being tops in the NFL, Manning still earned about $82 million less than Kevin Garnett, the NBA's all-time highest earner. In fact, Eli wouldn't even crack the top five in career earnings if he played in the NBA.

Though he's the leader on the all-time NFL earnings board for now, he won't be there for long. New Orleans Saints quarterback Drew Brees, New England Patriots quarterback Tom Brady and Green Bay Packers quarterback Aaron Rodgers are all within $20 million of Manning's salary. And unlike Manning, they don't plan on retiring anytime soon.

Still, Manning gave 16 good years to the city of New York. For one last time, he'll go out on top.