Eli Manning Is Being Accused Of Knowingly Providing False Memorabilia

Eli Manning has played in his fair share of memorable games. Of course, his two Super Bowl victories are probably at the top of the list. But he's had other strong playoff performances, and even some great moments in losses, like when he threw for 350 yards and six touchdowns in a 52-49 defeat to the Saints in 2015. He's also one of the most durable players in the NFL, having played 12 straight seasons without missing a single game.

As a result, Manning has plenty of game-worn equipment. For collectors, that gear is worth a pretty penny. However, three plaintiffs are accusing Manning of knowingly providing false game-worn memorabilia. Though the lawsuit was first filed three years ago, the Giants quarterback recently turned over an email dated April 27, 2010, to Giants head equipment manager Joe Skiba that asked for "two helmets that can pass as game used."

Manning made the request after his marketing agent asked him to satisfy his obligation to provide game-worn materials to sports memorabilia company Steiner Sports. Now, the plaintiffs – collectors Eric Inselberg, Michael Jakab and Sean Godown – are using the email along with nearly 200 pages of documents Manning produced to allege that the quarterback devised a scheme to create and sell memorabilia as game-used when it actually wasn't. 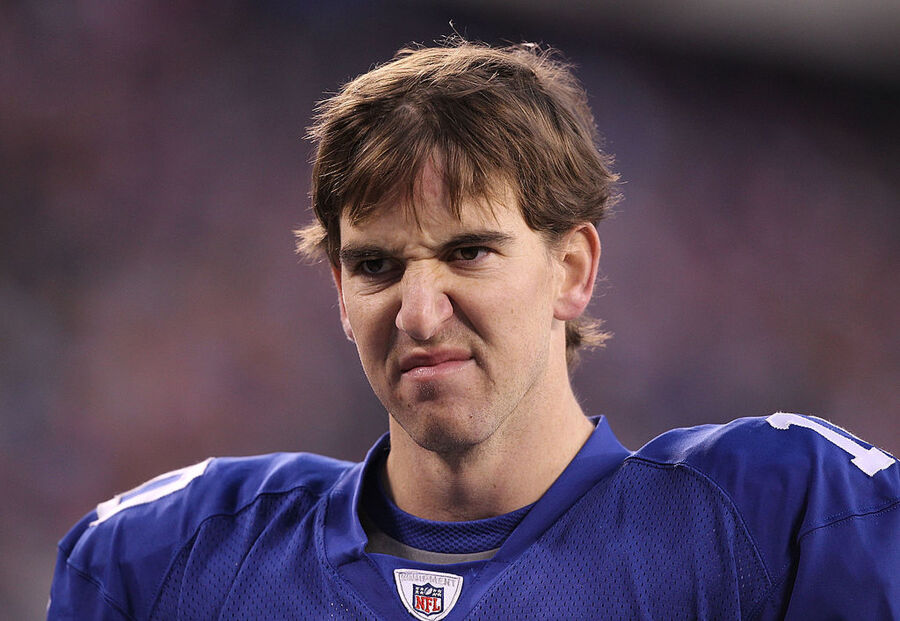 That email could be the big mover in this case. Up to this point, the lawsuit had only included an alleged conversation between Manning and Skiba. The suit also alleges the Giants were complicit because they deleted the email from their accounts. The Giants are standing behind their quarterback.

"The email, taken out of context, was shared with the media by an unscrupulous memorabilia dealer and his counsel who for years has been seeking to leverage a big payday," said McCarter & English, the law firm representing the Giants in this case, in a statement. "The email predates any litigation, and there was no legal obligation to store it on the Giants server. Eli Manning is well known for his integrity and this is just the latest misguided attempt to defame his character."

The plaintiff's lawyer, Brian Brook, said his client Inselberg was among six memorabilia dealers who were indicted for selling fake game-used items. An FBI investigation first brought about the charges, which were later dropped after a lack of evidence. Inselberg, believing his reputation had been damaged, filed suit against the Giants.

Back in 2011, the Giants internally investigated how they sell and produce game-used memorabilia. Though the plaintiffs' claim toward that specific investigation has been dismissed, Brook argues the Giants' investigation should be admissible in court.

Inselberg said he's purchased hundreds of game-used items straight from Giants' equipment managers. That collection includes game-used items from Manning, Osi Umenyiora, and Tiki Barber, as well as a Michael Strahan jersey from the Super Bowl that was authenticated and photo matched. Strahan was presented another jersey after the game and told that was the game-worn jersey. The lawsuit claims all of those items are actually fake.

The trial begins on September 25. While it will likely be a legal headache, Manning and the Giants probably won't be subjected to criminal prosecution. Because the alleged actions happened more than five years ago, they've passed the federal statute of limitations.

Much like an errant interception, this is one email Manning probably wished he simply threw away.