Eddie Lacy Will Earn $55,000 Every Time He's Not Overweight At His Weigh-In

Have you ever wanted to lose a few pounds? Maybe you tried exercising more, or put yourself onto a rigorous diet. You probably even rewarded yourself along the way – hitting a goal earned you something like a new pair of shoes or a cool watch.

Eddie Lacy, who recently signed with the Seattle Seahawks, has the best kind of incentive: cold, hard cash. He'll have a chance to snag seven bonuses during the summer and upcoming NFL season, making $55,000 every time he weighs in at or under his target weight. That's a grand total of $385,000 simply for not being too fat.

In May, that target is 255 pounds; in July and August, it's 250 pounds. From September through December, Lacy's target is to maintain 245 pounds every month. 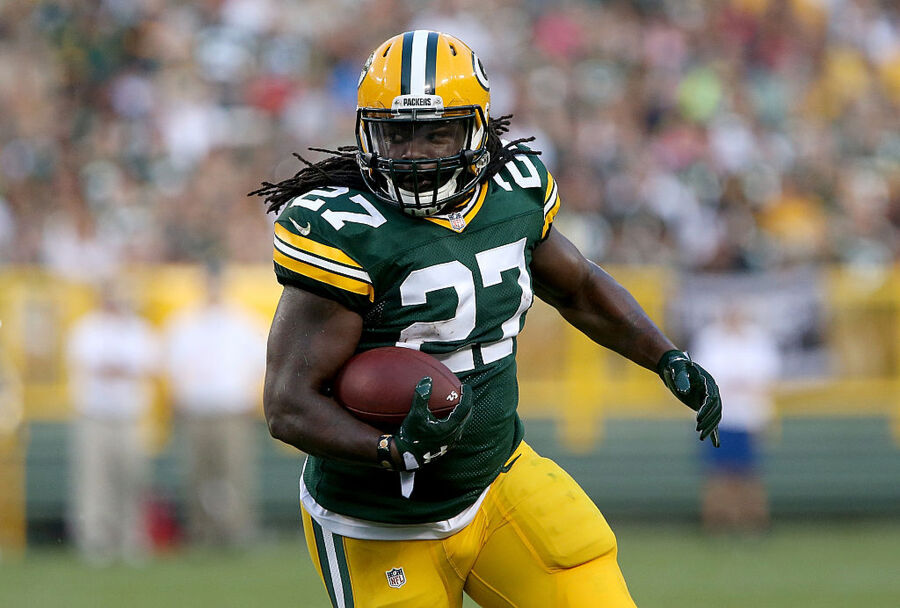 Lacy signed a one-year, $2.865 million deal with the Seahawks this offseason. The weight clauses are part of an additional $2.685 million in incentives that he can earn.

When Lacy left Alabama in 2013, he weighed 231 pounds. He played well enough with the Packers to earn the 2013 Offensive Rookie of the Year award.

This offseason, his weight reportedly reached 267 pounds. Weight has been an issue for Lacy since 2015 when Packers head coach Mike McCarthy said the running back needed to come back in better shape after a subpar season, rushing for only 758 yards. Lacy posted back-to-back 1,100-yard seasons to start his career.

After McCarthy's request, Lacy began doing P90X workouts and training with the program's founder, Tony Horton. He reported to training camp in 2016 slimmed down and played well in the early part of the season. He averaged more than five yards per carry in his first five games before injuring his ankle and missing the rest of the season.

However, based on offseason reports, he's gained back all of the weight he lost. Fortunately, the Seahawks are still giving him a chance to return to his high level of play. And if he can keep the weight off, he'll take home a good amount of money. Not a bad deal at all.