Drew Carey has had himself a very notable career. After serving in the Marines, he starred in his own show, appropriately named The Drew Carey Show. While his sitcom was still on the air, Carey began hosting the improv comedy show, Whose Line Is It Anyway?. As the latter show's initial run ended, Carey turned his attention to game shows. His first foray was the short-lived Power of 10, but his appearance on the pilot episode was enough to impress Bob Barker. The long-time The Price Is Right host suggested Carey as his successor, and Carey made his first appearance on the show on October 15, 2007.

Along the way, Carey has made appearances on other popular shows, including Dancing with the Stars, The Masked Singer, and Celebrity Wheel of Fortune. But shortly after he began hosting The Price Is Right, Carey made another decision that could potentially make him a very rich man:

He invested in the Seattle Sounders.

The MLS football club first started play in 2009 and has become one of the top clubs in the league, winning the MLS Cup in both 2016 and 2019. Of course, that's made the team more valuable, but just how valuable are they? 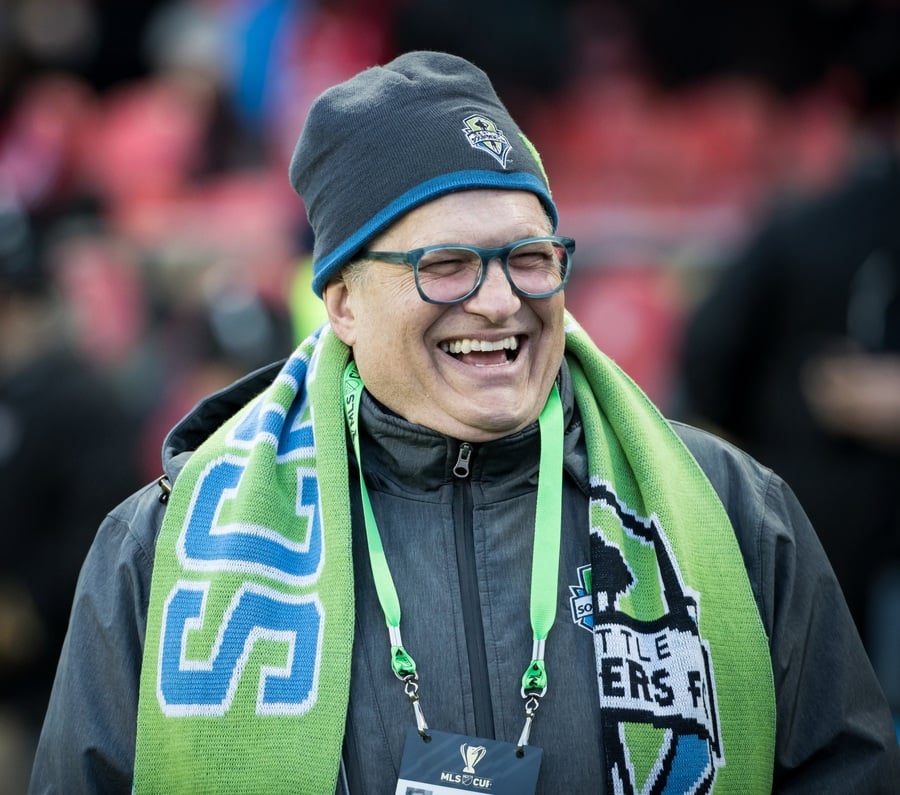 Well, thanks to a recent limited partner sale of a 3-5% stake in the club, we have an accurate answer to that question. The sale valued the Sounders at $680 million. Back in 2019, an article from Sounder at Heart noted Carey's involvement with the club. The article quoted majority owner Adrian Hanauer, who said that prior to a 2019 sale of a portion of the club — a deal that included an investor team featuring Macklemore, Ciara, and Russell Wilson, among others — Carey had a 7.5% stake in the club, but that Carey's percentage had recently increased.

If those numbers haven't changed, Carey owns AT LEAST 7.5% of the Sounders, though it's probably more in the neighborhood of a 10% stake (or even higher). With the current valuation, Carey's stake is most likely worth between $51 and $68 million. While it's unknown what his initial investment was or how much he put in to increase his stake, it certainly was significantly less than what it's worth today. The Sounders have nearly doubled in value over the past four years, and there's even more excitement on the way.

The MLS recently announced a ten-year streaming deal with Apple starting with the 2023 campaign. The deal is worth $250 million a season and will make every single MLS game available to stream on Apple TV. That will likely bring additional value — and brand awareness — to every club in the league, particularly the top performers.

Carey is obviously no stranger to earning big money. By the end of Whose Line Is It Anyway? he was earning $750,000 per episode. For hosting The Price Is Right, he takes home $12.5 million annually. If he decides to sell his share in the Sounders, it'll be his biggest payday yet.

However, he's also a massive soccer fan, and it's cool to own a professional team, especially one that's won multiple championships. Carey may very well be content just enjoying life as an MLS club owner — and there's nothing wrong with that.