Last fall, we wrote about Drew Brees's lawsuit against Vahid Moradi, his old jeweler. The New Orleans Saints quarterback felt the jeweler was overvaluing his diamonds, costing Brees millions of dollars over the years.

Though the Saints got robbed of a Super Bowl appearance, their signal caller isn't going home empty-handed.

Jurors decided Brees is owed $6.1 million in damages. Moradi and his attorney Kevin Rooney plan to appeal the verdict, saying they "passionately disagree" with it. If they win the appeal, the total amount could be reduced. But for now, Brees is due more than six million dollars.

Brees took the witness stand on the first day of the trial. He stated that between 2012 and 2016, he spent $15 million on diamonds at Moradi and CJ Charles Jewelers. That included an $8 million ring. 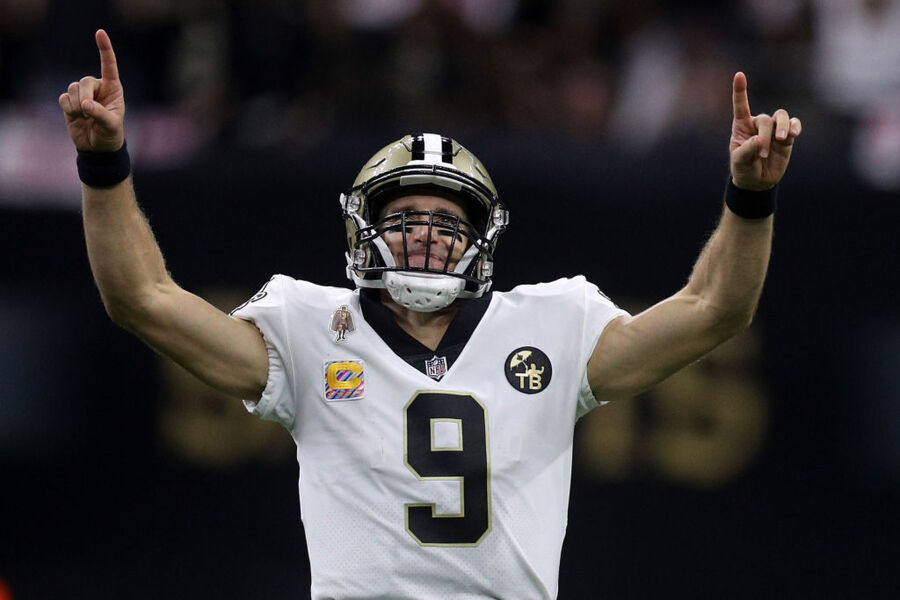 Over the years, Brees and Moradi became friends. Moradi allegedly told Brees that the diamonds were investments that would increase in value greatly, even during hard economic times.

However, after getting the diamonds appraised in 2017, Brees and his wife Brittany learned they had paid about $7 million more than the collection was worth. And that $8 million ring? It was worth less than half that, at about $3.8 million.

Moradi's side, meanwhile, said their price markup was within industry standards. In fact, they felt that Brees's appraiser is the one at fault. They said appraiser Aldo Dinelli told Brees to sell their collection to a dealer at a lower value than they were worth. They contend Dinelli had partnered with that dealer to pocket extra money.

Brees, 40, restructured his contract this offseason. He's now set to earn $50 million over the next two years. He's still making plenty of cash, but nobody likes being fleeced.

As Brees hopes the verdict doesn't get appealed, it's a good reminder that athletes always need to be extra careful with their money.