Drew Brees Is Opening A Ton Of Dunkin' Donuts Locations

The New Orleans Saints finished a disappointing 7-9 for the third straight season, but Drew Brees also added to his already impressive resume. He became the first quarterback to top 5,000 yards in five different seasons and completed 70 percent of his passes en route to 37 touchdowns.

Now that the season is over for the Saints, Brees is making moves off the field, too. He's partnering with Dunkin' Donuts franchisee Vik Patel to open new locations across Louisiana. Over the next few years, the partnership will produce up to 69 stores in the cities of New Orleans, Baton Rouge, Shreveport, Monroe and Alexandria. 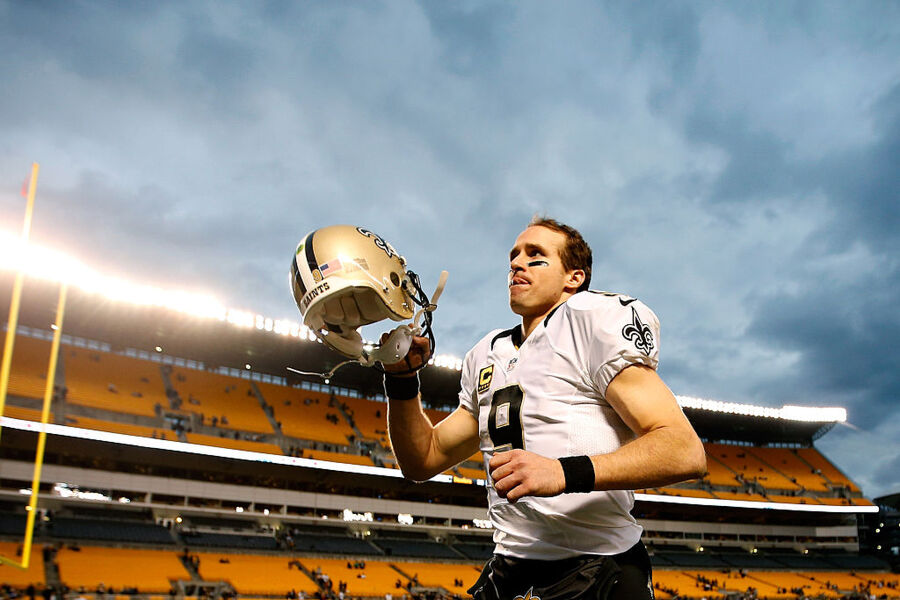 This is the latest in Brees' food and beverage portfolio. The quarterback already owns several Jimmy John's locations, with a commitment to 23 in total. Brees and his wife Brittany also co-own Walk On's Enterprises, which includes a handful of the Walk On's restaurant chain and Happy's Irish Pub. While those locations are all also based in Louisiana, the company has its sight set on national expansion, including Alabama, Florida, Mississippi, Tennessee, and Texas.

It might seem a bit unorthodox for a professional athlete to back a donut franchise, but Dunkin' Donuts, which started in Quincy, Mass. in 1950, has more than 12,000 restaurants worldwide. However, only 12 of those franchises are in Louisiana, so there's a good opportunity there for Brees. Who knows? Maybe the secret to becoming an NFL quarterback is simply having a box of Munchkins every morning.