Drew Brees Is Returning For Another Season…How Much Money Can He Make?

For the past three years, Drew Brees has taken some time during the winter to reflect. During this period, he spent time with family, recovered from any lingering injuries or soreness, and thought about his future in the NFL. And just like in previous years, Brees came to the same conclusion: he's not quite done.

Brees, 41, announced via an Instagram post that he's planning to return for his 20th NFL season. He said he had no interest in exploring the free agent market, so his choices were either return to New Orleans or retire.

Brees is still playing at a high level and the Saints are still one of the best teams in the league, so Brees decided to "make another run at it," per his Instagram post.

My feelings about the 2020 season! I look forward to the grind and the journey, for the reward at the end will be worth it!!! Love you #WhoDatNation. Let's make another run at it!

The decision does present a few issues. For one, Brees and the Saints need to negotiate a new contract. In 2018, when Brees was last a free agent, he took a deal worth slightly below market average, a two-year, $50 million contract with only one year guaranteed.

He'll likely negotiate a similar deal this time around, again with just the first year guaranteed. That way, if he retires after next season, the Saints wouldn't owe him any of the money for year two.

Even if he just plays one more season, Brees will likely surpass Eli Manning as the highest career earner in NFL history. He's currently about $7.6 million behind the younger Manning, and his contract will surely be worth more money than that.

Brees can also add to his passing numbers. He's the NFL career leader in passing yards (77,416) and touchdown passes (547). He also just posted the best quarterback rating (116.3) of his career and has set completion percentage records each of the past three seasons. 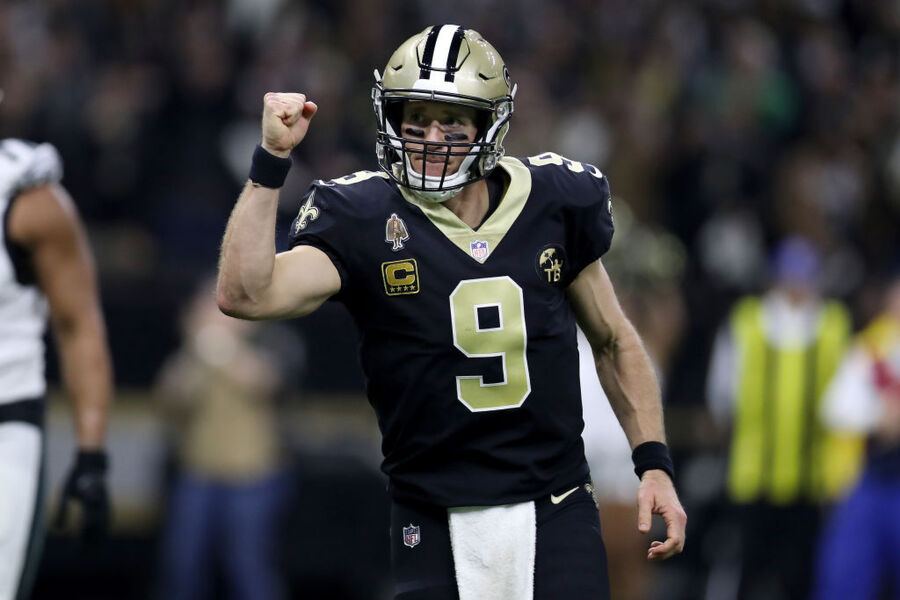 The other issue the Saints must address is with their remaining quarterbacks. Head coach Sean Payton said it would be difficult financially to keep Brees, Teddy Bridgewater, and Taysom Hill together.

That leaves the Saints with a choice between Bridgewater and Hill, and they'll likely lean towards the latter. Hill has been used in just about every offensive position, and the team likes his versatility and bruising style.

Bridgewater, meanwhile, may score himself a big deal with another team. He led the Saints to a 5-0 record when Brees suffered a thumb injury early in the season, and showed he can be a solid quarterback. A team with a need at that position may offer Bridgewater, who's only 27 years old, a nice deal.

That will all be sorted out in the coming weeks. But at least the Saints know they'll have Brees for one more shot at another title.