Did A Draft Kings Employee Use Inside Information To Win BIG MONEY Off Arch Rival Fan Duel?

By Travis Pulver on October 8, 2015 in Articles › Sports News

Fantasy sports have become big business. Millions of people draft teams and play in leagues every season in football, basketball, hockey, and baseball. Some companies even have leagues involving golf and NASCAR.

This year, daily fantasy leagues like Draft Kings and Fan Duel are expected to collect over $2.6 billion in entry fees. By 2020, that number is expected to hit $14.4 billion. There is just something about being able to turn a quarter into $1,000 or $25 into a $1 million that really appeals to people.

As nice as the thought of winning $1 million is, if you had reason to believe that someone was cheating and your chances of actually winning the top prize was even lower than it already is, would you still play?

That is the question some players are asking themselves after hearing about the Draft Kings employee who happened to win $350,000 on Fan Duel.

According to the Legal Sports Report, a midlevel content manager for Draft Kings –which Dallas Cowboys owner Jerry Jones and New England Patriots owner Robert Kraft have stakes in–by the name of Ethan Haskell accidentally released data involving the company's biggest contest, the Millionaire Maker. The data showed the prevalence of certain players in lineups for the day. 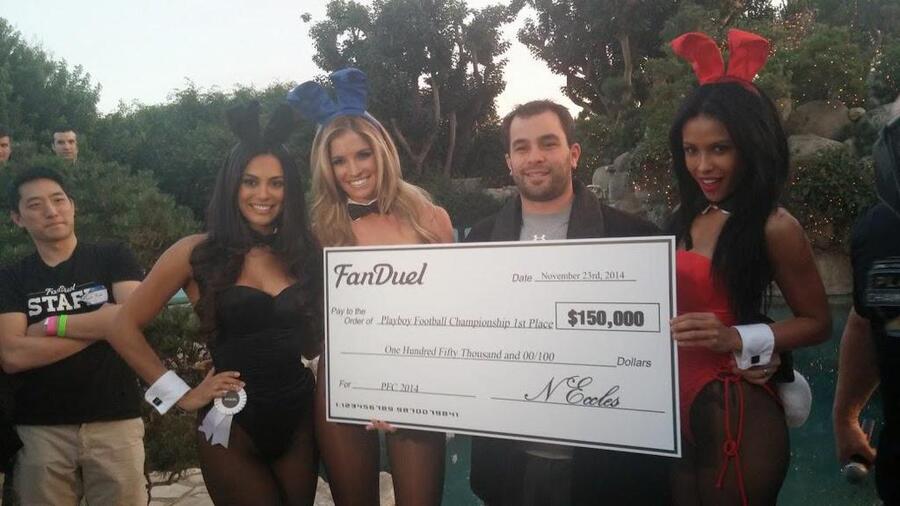 So what, right? The company releases that data after the games start anyway so what's the big deal? What does it matter if you know who the favorite players are anyway? The players still have to produce.

"If you knew beforehand which players would be most used, in the major sports you can build +EV (positive expected value) cash game and GPP lineups based almost solely on that knowledge," Ed Miller, an independent game consultant, told Legal Sports Report.

By seeing which players are favorites, it is easier to tell who the most valuable players are, and who should be the most likely to produce. True, popularity doesn't equate to production. Everyone has a bad day at some point in the season.

Many have called what has gone on as the fantasy football equivalent of insider trading.

"Access to this kind of data prior to the start of a contest would provide a DFS player with a massive edge over players lacking such data," Chris Grove of the Legal Sports Report said.

The company doesn't believe that Haskell used the information to build his lineup, but that he simply made a mistake and happened to win money on the same weekend he did it.

It isn't uncommon for a Draft Kings employee to win money on Fan Duel and vice versa. However, going forward, the companies have decided that in order to protect the integrity of the contests, employees should not to play.

"We are temporarily restricting employees from participating in DFS contests as an interim measure while we work with the fantasy industry to develop and implement a more formal policy," the statement from Draft Kings said.

If people were to start thinking that the games were rigged because someone was using insider information to create their own rosters, the popularity of the leagues would likely diminish greatly. People love the idea of using their fantasy knowledge to get rich quick, but if they start to think the games are rigged and they can't win the big prize, the thrill is diminished.