Donovan Mitchell Is Donating $12 Million To His Day School

Donovan Mitchell has been plenty busy this offseason. At the end of November, he signed a five-year extension to stay with the Utah Jazz, a deal that could reach as much as $196 million. Mitchell called the money "life-changing," but that was just the start of it. Now, Mitchell is using some of that money to change the lives of kids in his hometown.

Mitchell, his mother Nicole, and his sister Jordan pledged a $12 million donation to Greenwich Country Day School in Connecticut. Donovan and Jordan each attended the school, and Nicole taught there from 2007 to 2019. 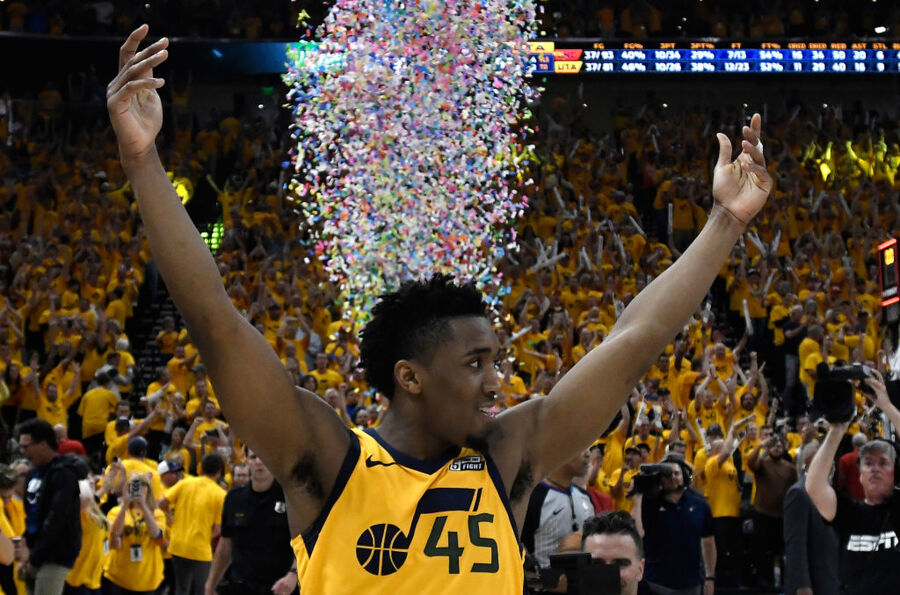 The donation is the largest single gift in the school's history. According to the school, the money will be divided between three things: a new gymnasium, a scholarship fund for low-income students, and an annual "faculty support fund" to provide monetary rewards to teachers.

Mitchell tweeted about his excitement in helping the next generation. He attended the school between third and ninth grade.

Man this means so much to me! Not just building a brand new gym but giving scholarships to less fortunate kids who normally wouldn't have the opportunity to attend private school! https://t.co/QrfLVTOZJX

Since Mitchell's departure, Greenwich Country Day School has also added a high school. His sister Jordan finished her primary education there, graduating in 2017.

In an announcement, the school further detailed how the money will be split up. The Mitchell Family Scholarship Fund will provide need-based aid for students from nursery through grade 12. The Nicole Mitchell Faculty Support Fund will go toward teachers who have been at the school for at least three years and have shown the "passion, enthusiasm, optimism, and love for children always shown by Nicole Mitchell."

The school will also use the donation to build the D.O.N.! The Determination Over Negativity Mitchell Family Athletic Center. It will house a full-size NCAA regulation court with stands on both sides. The building will also host school-wide assemblies for the entire campus.

Mitchell is already an All-Star on the court. And he's doing plenty to shine off of it, too.