Donatas Motiejunas Held Out For A Better Contract With The Rockets And Lost BIG!

Donatas Motiejunas has finally signed on with a team, but it's not the Houston Rockets. And it's not a good contract.

After battling back and forth with the Rockets all summer and well into this regular season, Motiejunas has finally signed a contract with the New Orleans Pelicans. The deal comes to the tune of 1 year, $1.5 million, or the minimum veteran's contract in the NBA.

For the Pelicans, this is a dream scenario. The team has long been in need of a consistent post presence to play with Anthony Davis, and Motiejunas will provide just that. In four seasons with Houston, he has averaged about 8 points and 4 rebounds per game. His best season came two years ago, when he averaged 12 points and 6 rebounds per game, proving that he's capable of producing starting numbers. 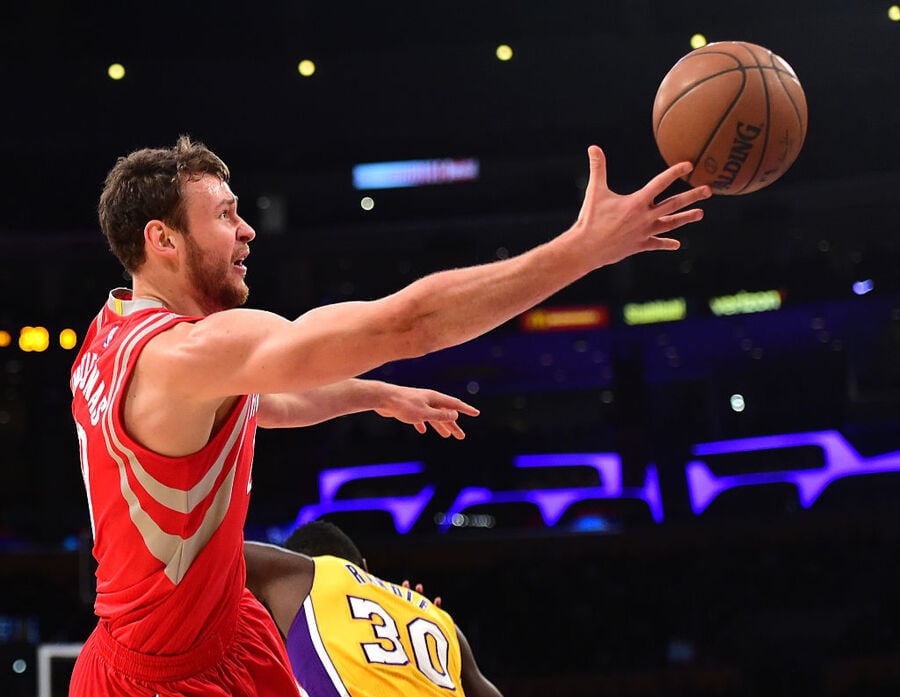 For Motiejunas, this is a nightmare. He wanted a deal with the Rockets from the get-go. In order to gain a bargaining chip, he signed an offer sheet for 4 years, $37 million with the Brooklyn Nets. The Rockets matched the Nets' offer, but took away some of the incentives so that the offer was only worth $31 million.

When Motiejunas discovered he had lost $6 million on the deal, he neglected to attend his scheduled physical for the Rockets. The Rockets responded by attempting to reconcile with a deal worth $35 million, plus some potential bonuses that could bring the total to a maximum of $37 million.

But, due to some unknown issues, probably involving the physical that the big man took for the Rockets, Houston decided to give up on him, making him an unrestricted free agent.

That's when the Pelicans swooped in, gaining a reliable big man for as cheap as they come. The $1.5 million that Motiejunas will make in New Orleans is over $35 million short of what he could have made with the Rockets.

In short, this was not the right time to play hard to get.