This offseason has been an especially stagnant one for major league baseball. Despite a vast pool of free agent talent, few players have signed big deals with new teams. And the lack of movement in the market has players grumbling.

Los Angeles Dodgers pitcher Kenley Jansen – who signed a five-year, $80 million deal last winter – has expressed his displeasure with the current market, and his solution is to take things to extreme measures.

"[It's] something we might have to address, so you don't have a lot of Miami Marlins doing this," Jansen said during a Dodgers media day. "Maybe it's an adjustment for us, as the players' union. Maybe we have to go on strike, to be honest with you."

Though he backed off his words a bit when pressed for more details, Jansen still voiced a concern among multiple players. He called out the Marlins specifically, citing that since the ownership group led by Derek Jeter has taken over the team, they've traded away its best players. Jansen believes the team is contributing to the subpar market. 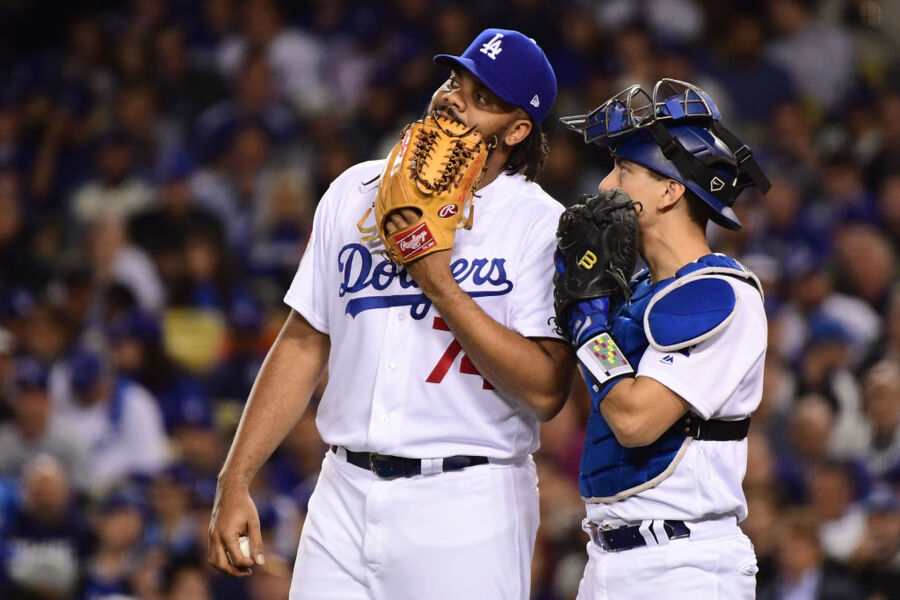 Interestingly enough, the Marlins were considered a major threat to sign Jansen away from the Dodgers last offseason. But the closer is singing a different tune now, and he's not alone.

According to Jeff Passan of Yahoo Sports, the players union is considering filing grievances against the Marlins and Pittsburgh Pirates for circumventing rules in the league's collective bargaining agreement.

All teams must put money received in revenue sharing back into the team. The players union believe that the current shedding of payroll that the Marlins and Pirates are doing is breaking those rules.

The last time baseball had a players strike was in August of 1994. That World Series was ultimately canceled and players didn't return until April of 1995, when they played a season that lasted for 144 games.

If it does come down to players sitting out games, you can bet Jansen will be at the front of the lines.