Dallas Mavericks legend Dirk Nowitzki retired after the 2018-19 season, walking off the court as the most prolific player in franchise history. On top of a 2007 MVP and 2011 Finals MVP, Nowitzki made 14 All-Star appearances, 12 All-NBA teams, and is sixth on the NBA all-time scoring list.

He's also sixth on the NBA all-time earnings list in terms of salary, making $251,646,362 for his career, an average of about $12 million per year. However, by playing in Texas (which has no state income tax) his entire career, he actually cracks the top five after accounting for taxes.

Some fans may forget Nowitzki was drafted by the Milwaukee Bucks but was traded to Dallas on draft night. Had he stayed in Wisconsin his entire career, he would have paid an average of $913,200 per year in state income tax, or nearly $19.2 million over the course of his career. 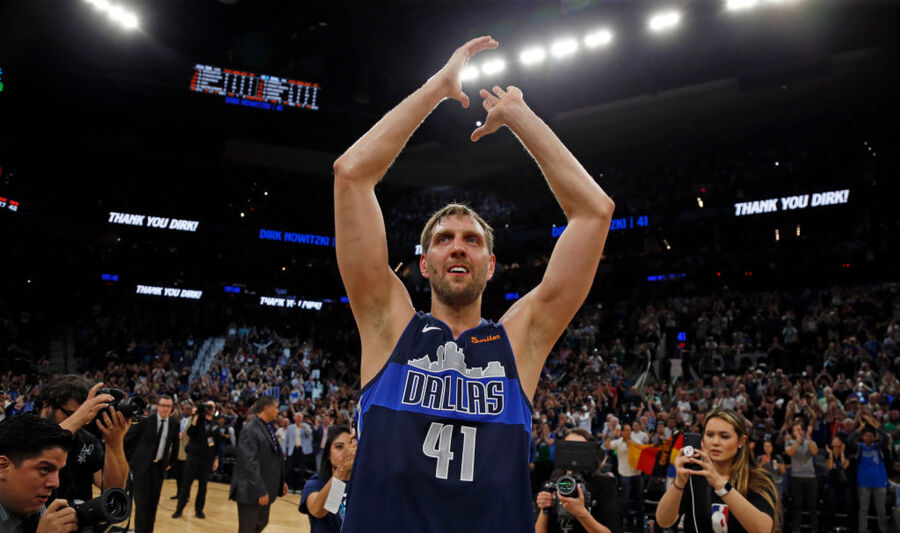 If Nowitzki instead played in California for a solid portion of his career – like Kobe Bryant, Shaquille O'Neal, Chris Paul, and possibly LeBron James, who are all ahead of him on the earnings list – he would have lost even more to taxes. In California, the highest income bracket pays 13.3 percent of their income to the state. That means Nowitzki would have paid almost $1.6 million in state income taxes every single year.

In essence, Dirk saved $33 million throughout his career by playing in a state with no income tax. That's nearly three full seasons! And that total doesn't even account for any endorsement deals Nowitzki signed.

Toward the end of his career, Nowitzki offered to take pay cuts to stay in Dallas and allow owner Mark Cuban the flexibility to sign complementary pieces. It never culminated in another title – in fact, the Mavericks haven't made it out of the first round since winning the championship in 2011. However, Nowitzki likely agreed to take less money, knowing that he'd make up for it with no state income tax.

With how much money the average NBA player makes, taxes are substantial. By playing for a team with no state income tax, Nowitzki has been able to hang onto a lot more of his hard-earned money.