Some NBA players preach team loyalty over financial earnings, then go ahead and sign a huge contract that ends up crippling the franchise for years.

Dallas's Dirk Nowitzki, meanwhile, really does believe in doing what's best for the team, even if it costs him money in the long run.

The Mavericks' All-Star just opted out of the final year of his deal, which would have paid him $8.7 million this upcoming season. He plans to sit down with owner Mark Cuban and general manager Donnie Nelson to figure out a deal that will allow the team to also sign some big free agents this offseason.

Nowitzki has expressed his desire to remain with the Mavericks for his entire career, and cited Kobe Bryant's impressive feat of playing 20 years with the same team. It's an accomplishment Nowitzki would like to achieve, as he and Bryant would be the only two players in NBA history to reach that milestone. To do that, Nowitzki, who will be 38 by the time next season begins, would need to play two more years in Dallas. 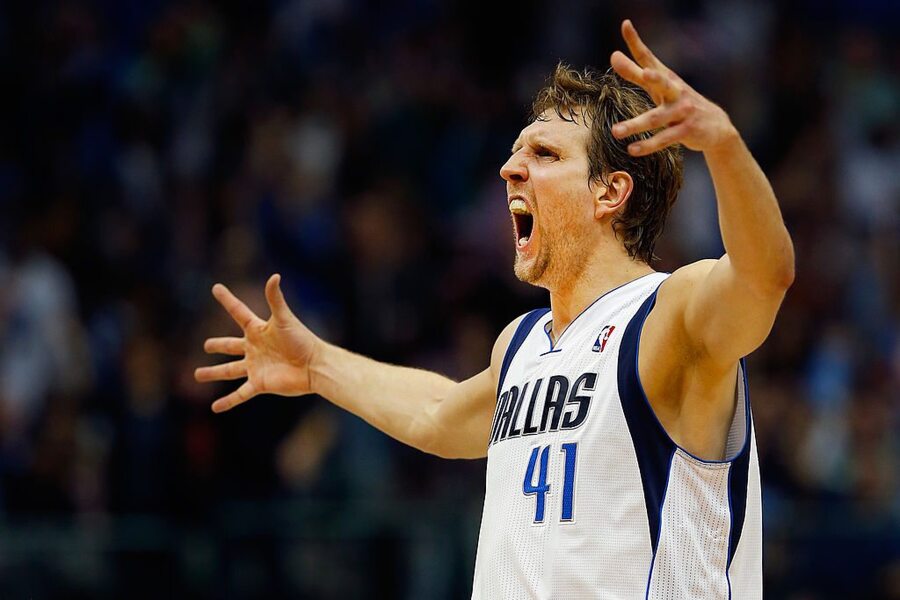 This isn't the first time Nowitzki has taken a pay cut in the name of team loyalty, either. In 2014, he signed the contract he just opted out of–a very modest $25 million over three years. The previous season alone, he made $22.7 million. That means he gave up more than $14 million per year to stick around in Dallas.

In the five years since the Mavs won the NBA Finals in 2011, they haven't seen much postseason success. They've lost in the first round four times, and didn't even make the playoffs in 2013. After Nowitzki's first restructured deal, they signed players like Chandler Parsons and Wesley Matthews, while losing out on the DeAndre Jordan sweepstakes in one of the most high school-esque free agent dramas ever.

Those signings haven't exactly panned out yet, but Dirk is still going to give things another try. It's entirely possible he signs a two-year deal with the ability to opt out after one season, similar to the deals LeBron James has signed since returning to Cleveland.

That way, Nowitzki really has the best of both worlds–he can take another pay cut if it means signing a solid free agent to pair with him, or, if it looks like the Mavs won't be extremely competitive, he can get one last big payday without putting the franchise in a precarious position for several seasons. The NBA salary cap is set to explode over the next two years thanks to the NBA's new TV deal with ABC and ESPN. The projected numbers have it around $90 million, and Dirk could earn up to 35 percent of that, or $31.5 million.

Of course, if it'll help the team, he'll gladly give a good chunk of that money away. And that's rare to find in the NBA today.