Dirk Nowitzki and the Dallas Mavericks agreed to a two-year, $10 million deal earlier this summer after the team declined its $25 million option for the upcoming season.

Nowitzki was on board with that move, of course. He's no stranger to giving up big paydays to stay in Dallas. In fact, he's sacrificed as much as $194 million by taking discounted contracts.

Nowitzki's discounts started more than a decade ago, back in 2006. He still had two years remaining on his rookie extension but agreed to a three-year, $59 million extension.

Had he waited on signing that deal, Nowitzki would have been eligible for a six-year, $158 million contract in 2008. By then, he would have served ten years in the league and could have signed for even bigger bucks than what was normal back then – the NBA only began curbing salaries in 2011 to be more reflective of the salary cap. 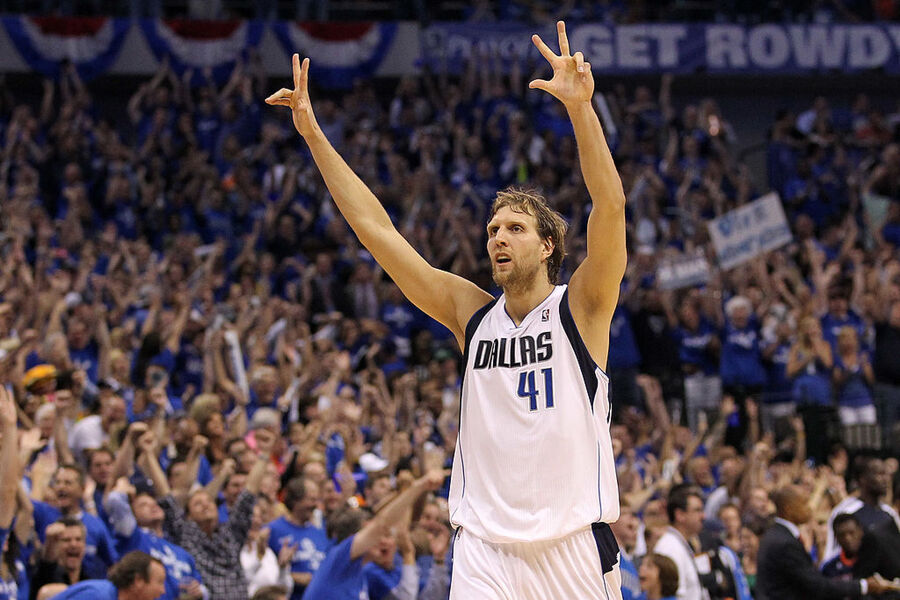 Assuming Nowitzki played out that full contract, his next extension would have come in 2014. He'd have been eligible for a five-year, $239 million deal – which would be an NBA record by far – that would have run through the 2018-19 season.

But in 2014, Nowitzki signed a modest three-year, $25 million deal. He restructured his contract last season and made $25 million, and his current contract will add an additional $10 million through the same period of the 2018-19 season.

Make no mistake; Nowitzki has made plenty of money during his time in the NBA. By the summer of 2019, his career earnings will reach about $252 million.

However, he could have made up to $446 million over his career. And even though he's 39, he's still putting up huge numbers and was among the top five most efficient scorers at his position last season.

There's no guarantee Mark Cuban and company would have paid Nowitzki as much as he was eligible for in those previous contracts. But it's a good reminder that the 13-time All-Star has given up a ton of money to remain loyal to the Mavericks.