The idea that we can be paid to hit a baseball, catch a football, kick a soccer ball, or punch someone has appealed to us all at one time or another. For most of us, the dream dies at an early age when we find we want to do something with our day other than lift weights and run drills. However, for those that put in the work, make the sacrifices, and play well, the end result (a multi-million dollar payday) is worth definitely worth the effort.

While the basics of the dream remain the same from one generation to another, the details have taken on a whole new life. The amount of money top athletes made back in 1984-85 pales in absolutely comparison to what they make now.

Back then, the top earner in professional sports was a boxer just like it is today. The only difference is that Marvin Hagler made $3.3 million in 1984-84 while Floyd Mayweather made $300 million last year. That's a 9000% increase. Furthermore, Hagler had to fight twice to make his $3.3 million, while Mayweather only fought once. The disparity is not made up when you adjust for inflation either ($3.3 million in 1984 = $7.5 million today). 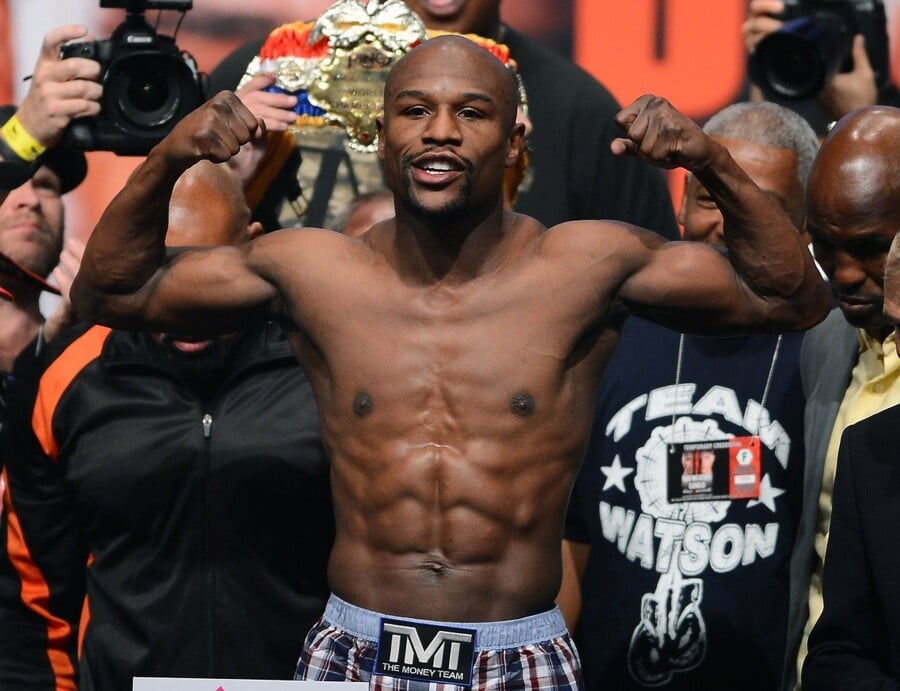 Here's a breakdown of the top five earners in 1984-85 with the inflation adjusted number in parenthesis.

A woman does not appear in the modern list till No. 26, Maria Sharapova with $29 million in earnings.

Athletes three decades ago must look at their modern day counterparts and think WTF? I worked as hard if not harder than these yahoos playing the game today! How come I didn't get paid anywhere close to what they are earning???

The answer is actually pretty easy – inflation and access.

Inflation is not a major factor, but it does play one. Back in 1984 fans did not have to spend as much to see their favorite team or athletes play. Sponsorships did not pay as much. Advertising space did not go for anything close to what it does now either making television contracts worth a fraction of what they are now.

Athletes can't be paid if the money is not being made, and back in 1984, most teams were simply not making a lot of money. Many were actually losing money hand over fist.

Athletes endorsed products back in 1984, just like they do today, but today, endorsements are worth much, much more than they were three decades ago. Why? Exposure. In '84 they had commercials on the handful of channels that were available, radio spots, and print ads. Now you have social media, hundreds of television channels, and the internet.

Exposure has made endorsements more valuable much like access to the sports has made them more valuable. There are channels dedicated to sports; some general and some sport, team, or conference specific. Countless current and former athletes have radio and television programs. Mayweather has had television shows chronicling the time leading up to a big fight; Marvin Hagler, Ray Mancini, and Thomas Hearns didn't.

News outlets are no longer limited to the evening news and the newspaper. Fans can now tune in to round the clock coverage on ESPN or Fox Sports 1 or surf the web for the latest on their favorite team or player (who have websites dedicated to them).

Thanks to social media, we can actually contact our favorite athletes with relative ease. With access being what it is now fans are much more likely to not just follow their favorite teams and athletes, but know them on a level that fans back in 1984 could only dream of.

The more they feel they know them, the more they get invested in what they are doing, the more likely they are to pay whatever it takes to watch them or show their fandom (i.e. buy apparel). Fans were probably just as crazy in '84 as they are now, but since they did not have the outlets to feed their thirst for more, it didn't grow.

It is that growth that has fueled the insane rise in popularity and hence money over the last thirty years.