Is Conor McGregor Faking His Retirement To Score A MASSIVE Payday From Dana White And The UFC?

For the next few days, fans are likely to hear a bunch of rumors about Conor McGregor and his future with the UFC. None of Conor's fans want to believe his recent retirement tweet, despite the fact that so far it seems to be fairly legitimate and final. A reporter in Iceland approached him after a training session and requested an interview. McGregor's response was pretty telling:

Assuming his retirement is actually happening, fans have been left scrambling for answers. Why on Earth would he do such a thing at such a young age?

Or is this all a ploy? Could Conor's "retirement" simply be a negotiating ploy after Dana White turned him down from taking home a huge paycheck?

In the wake of his removal from the UFC 200 card, rumors have begun floating around the internet that McGregor tried to demand $10 million to fight Nate Diaz at UFC 200. Whether that was with pay-per-view money factored in or guaranteed has not been specified in any of the rumors.

His payday from his last fight (his loss to Diaz) was rumored to be in the $10-15 million range after his cut from pay-per-view revenue was factored in. So it may not be too unreasonable to assume he was looking for a big guarantee. 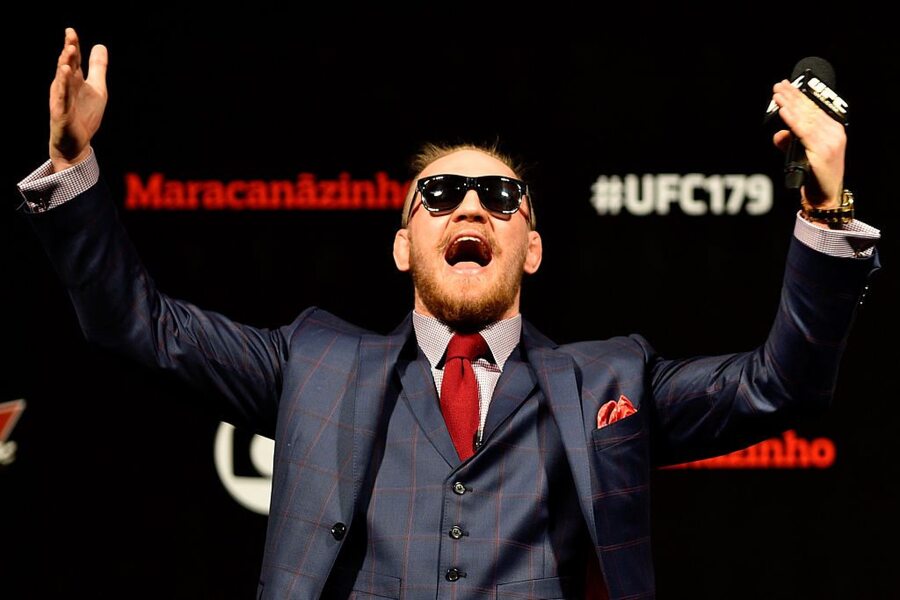 Dana White has done pretty much what would be expected of UFC President. Tuesday night, hours after McGregor's now infamous tweet, he pulled McGregor from the main event at UFC 200. However, he claims it is because McGregor refused to stop his training in Iceland to fly to Las Vegas to promote the fight.

"I respect Conor as a fighter and I like him as a person," White said during an appearance on ESPN. "But you can't decide not to show up to these things. You have to do it."

While making the media rounds Tuesday night and Wednesday morning, White has held firm to his story that the drama with McGregor has nothing to do with money. He has pulled a fighter from a title fight in the past for refusing to do promotional work– so it wouldn't be the first time.

"[It's] not a money issue. That's false," White said. "That's the problem with the Internet. You have all these hacks out there who just make stuff up for clicks. Never, ever was this about money. It was never about money. Conor makes a lot of money, and Conor's very happy about the money he makes. Conor, for the most part, is a stand-up guy. He's never come back after agreeing on a deal, and the fight is announced, and he comes back for more money. Conor is not that type of person."

When asked about McGregor's future, White does not think he is going to retire and believes he will fight again this year. He has also opened the door for McGregor to come back to the fold and still have his fight against Diaz at UFC 200.

After receiving a record $1 million purse for his loss to Diaz, it sounds a little ridiculous that he would try to demand a $10 million purse for his next fight. Then again, in 2015, the UFC reportedly generated over $600 million in revenue, so it is not like they couldn't afford to pay the sport's biggest star a massive amount of money even if he recently lost. However, there is no way White would ever agree to it. Not just because it would be an insane raise, but because of the precedent it would set. If one fighter succeeds in demanding more money, every fighter will soon follow suit.

Many have argued for years that UFC fighters are grossly underpaid. White and his partners have long argued that they are more than fair with what they pay fighters. According to White, the UFC didn't show a profit until 2006. Up to that point they were as much as $50 million in debt, but since then have created numerous millionaires and a number of multimillionaires as well.

The highest paid fighter is right now is Michael Bisping whose career earnings top $6.2 million. And that does not take into account any unannounced bonuses, pay-per-view money, or money from sponsors. McGregor has earned $2.862 million during his career.

Fans have already been given a glimmer of hope that McGregor may not be gone after all. Wednesday morning, he tweeted to his followers that he was going to make an announcement, but ended up deleting that tweet without ever announcing anything.

Keep checking CNW (more pageviews please!) for updates on this story as they happen.