One of the most potentially interesting stories that has yet to develop much this off-season, has been the contract situation for Dallas Cowboys wide receiver Dez Bryant. For some odd reason, the Dallas front office has yet to make him an acceptable long term deal. The team has hit him with franchise tag to cover next season, but Bryant wants a long term deal now.

"This is no rumor; it's legit," Bryant told the NFL Network.

Back in 1993, former running back Emmitt Smith was locked in a contract battle with Jerry Jones. It got real when he skipped the first two games of the season and the team lost both. Jones paid up shortly after and the rest is history.

However, the difference between now and then is that even if the team wanted to, it could not sign a long term deal with Bryant once the season starts. The two sides have until July 15 to come to an agreement on a long term deal. If they don't, he will play next season under the franchise tag and make $12.823 million. 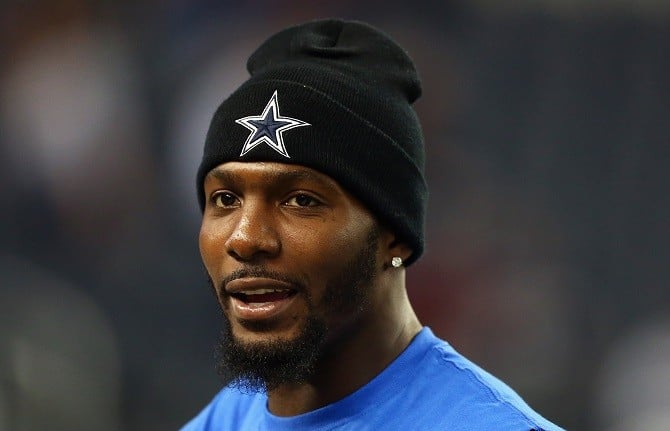 So there is nothing to gain by skipping the season opener. All he would succeed in doing is to make himself look like a petulant little child that is upset he didn't get what he wanted. Public opinion is on his side right now. Should he skip a game (which would be a stupid move) that will change real quick.

The hope is that an agreement will be reached and it will not come to that, but for some reason the two sides do not appear to be trying real hard to get there. No serious talks have taken place since the Combine back in February.

Part of the problem is that Dallas wants to gauge his worth off of what other teams are willing to offer instead of just paying him what they think he is worth. However, since it is well known that Bryant has no desire to go anywhere else other teams are not even bothering to make offers.

So what's the hold up?

Rumor has it that the Cowboys are still acting as if they are concerned about his behavior off the field. The early years of Bryant's career were checkered with issues off the field, but he has remained controversy-free for some time. There was a rumor about some old security tape from Walmart, but that never materialized.

Dallas just needs to go ahead and pay him top-flight money. Since the Cowboys opted not to pay their running back, they had better pay their wide receiver – especially since they are paying Tony Romo so much for the next few years.