A few months back, we wrote about Philadelphia 76ers forward Nerlens Noel getting sued for allegedly destroying his rental home, clogging up a toilet and leaving $30,000 worth of Gatorade stains among other transgressions.

Apparently this is a thing happening across sports, because Dallas Cowboys wide receiver Dez Bryant is also being sued for being an awful home renter. Texas state rep. Royce West is seeking between $100,000 and $200,000 in damages from Bryant. The receiver moved out in January, and according to the lawsuit, left the home "littered with trash and feces, missing blinds and shutters, with cracked windows and blackened carpeting."

West has been part of an informal support group for the Cowboys receiver, who's known for his fiery temper on the field and occasional poor decision making skills off of it. West, along with other prominent members of the community like Michael Irvin and cardiologist Dr. Donald Arnette, served as a mentor to Bryant. However, it seems like Bryant will have at least have one fewer mentor as a result of this lawsuit. 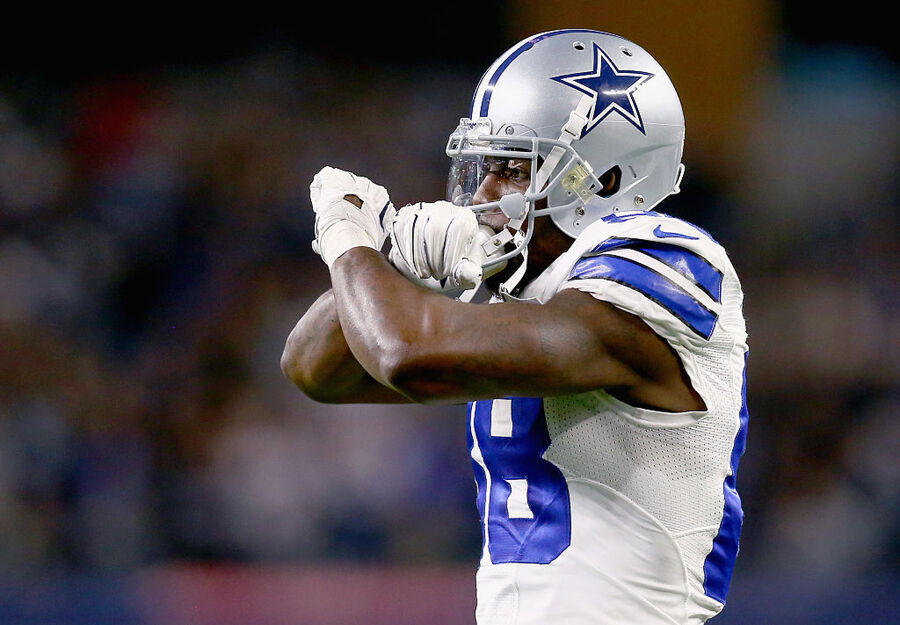 Bryant moved into the 6,400 square foot home, located in DeSoto, TX (about 16 miles south of Dallas) in September 2013. Records show he paid $4,720 per month in rent, and the lease agreement required Bryant to keep the property clean beyond typical wear-and-tear of living in a house. Clearly, the two sides differ in the definition of "wear-and-tear," as Bryant is refusing to pay for the damages.

Once Bryant moved out, West did a walk-through of the property and discovered "irreparable damage to carpeting, flooring, windows, shutters, and blinds; the presence of animal feces, trash, debris, and personal property inside the residence; and distinct and pervasive odors throughout," according to the lawsuit.

West claims he's spent more than $60,000 in repairs, ranging from extensive cleaning to repainting, cleaning and replacing flooring and carpeting, and replacing broken doors and windows. Since Bryant left, West has been unable to rent the home again.

Prior to filing the lawsuit, Royce asked Bryant and his agent to cover the damages for the repairs. Bryant's lawyer replied that if payment kept being sought, he'd sue West. West pointed to the lease, saying that repair reimbursement was a requirement of what Bryant had signed.

While a decision hasn't been made yet to determine if Bryant owes money for damages, perhaps his and Noel's lawsuits will be a cautionary tale for athletes to take care of their rental homes. Or at the very least, don't stream trash and feces across the floor. You'll never get your security deposit back doing that.