Back in 1995, Michael Irvin signed a five-year, $15 million contract with the Dallas Cowboys, with a $5 million signing bonus. At the time, it was the most a wide receiver had ever been paid. Flash forward 20 years, and the Cowboys signed another stud receiver to a new five-year contract. The difference is that Dez Bryant is making $70 million with a $20 million signing bonus, and $45 million guaranteed. Just minutes later, the Broncos' Demaryius Thomas signed a deal that was nearly identical to the one Bryant inked: five years, $70 million, with $43.5 million guaranteed. 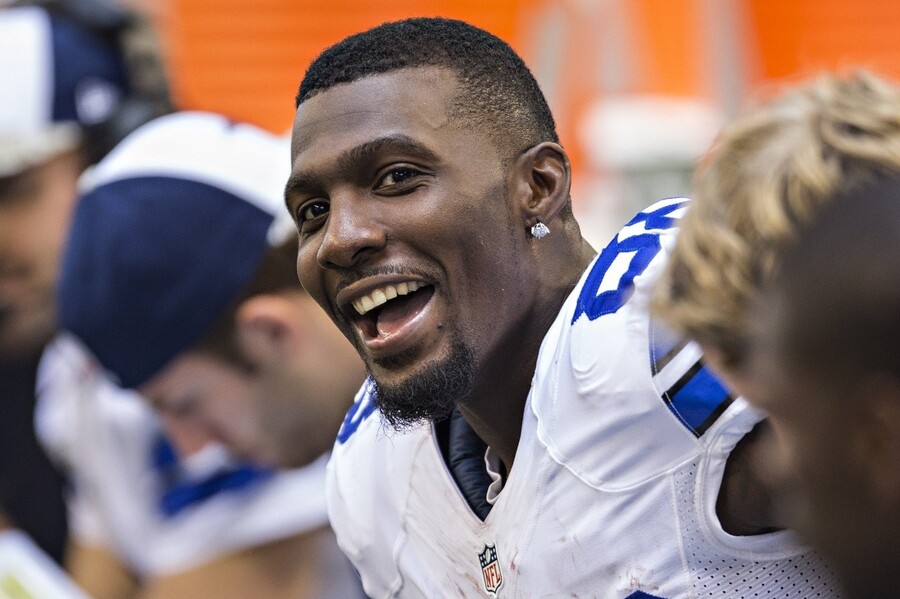 This is setting the bar for what elite wide receivers can expect nowadays. A few offseasons ago, we saw Detroit and Arizona both offer ridiculous eight-year deals to Calvin Johnson and Larry Fitzgerald for $150.5 million and $120 million, respectively. Upcoming star free agent receivers, from Cincinnati's A.J. Green to Atlanta's Julio Jones, should look to Bryant and Thomas for what to expect.

Bryant was hoping to get a deal like Johnson's, though he ultimately took his five-year deal that will pay him $9 million guaranteed a year–that's actually more than what Johnson gets in guaranteed money each year of his deal.

The Cowboys threatened to play hardball with Bryant, who wasn't budging on his demands. Ultimately, though, Dallas knew it couldn't replace Bryant's production. He caught 88 balls on 136 targets last year for 1,320 yards and a league-leading 16 touchdowns. Dallas's next two leading wide receivers, Cole Beasley and Terrance Williams COMBINED for 74 catches, 1,041 yards and 12 scores. There was just no way they'd let him hold out and potentially miss games. Particularly with DeMarco Murray moving onto the Eagles, the Cowboys will have to lean on Bryant even more this season.

Similarly, the Broncos can't compete without Thomas. He was second in the NFL in receptions and receiving yards last season, and hasn't missed a game in three years. In fact, he's caught at least 92 passes each year Peyton Manning has been at the helm in Denver. Behind Thomas on the depth chart is Emmanuel Sanders, Cody Latimer and Andre Caldwell. Sanders had a solid season last year, though he's not a No. 1 receiver. He picked up a lot of his yardage and scores because of the attention Thomas drew from opposing defenses. Latimer and Caldwell are both wildly inconsistent. If the Broncos let Thomas' contract situation drag out, it would have come back to bite them.

As more top receivers become enter free agency, they'll set what Bryant and Thomas just signed as the benchmark. And though their teams may try to stand tough, unless they're prepared to take a huge risk, they'll pay up.