Atlanta Falcons running back Devonta Freeman has been one of the best backs in the NFL in his three seasons in the league. Since being drafted in the fourth round out of Florida State in 2014, Freeman has logged two Pro Bowl appearances, and back-to-back 1,000 yard rushing seasons. Many believe that he is in line to receive a contract extension from the Falcons, which would in turn make the 25-year-old one of the highest-paid backs in football. While professional athletes making loads of money is nothing new, what Freeman intends to do with that potential windfall that is definitely noteworthy.

To say that Freeman has been a bargain for the Falcons may be an understatement. As a result of playing on a rookie contract, Freeman made just $600,000 last year, while rushing for 1,079 yards and 11 touchdowns. To put Freeman's performance into perspective, LeSean McCoy, who was the highest-paid back in the league last year, earned $8 million, rushed for 1,267 yards and scored 13 touchdowns; just 188 yards and two more touchdowns than Freeman. Because of a collectively bargained proven performance escalator, Freeman is set to earn roughly $1.8 million next year, but because his contract expires at the end of the 2017 season, Freeman is seeking a contract extension that will not only keep him in Atlanta for the foreseeable future, but will also pay him much more than he is set to make in 2017.

While nobody knows the exact numbers that are being thrown around in negotiations, one thing that is certain is what Freeman wants to do with that money once he gets it. He told ESPN that his priority would be to put his four younger sisters through college in order to show them that education is important. 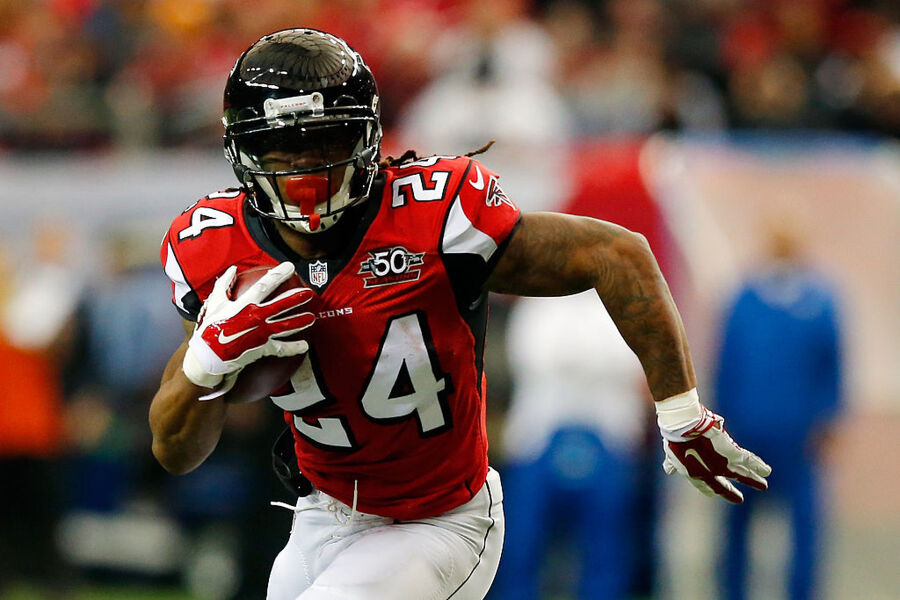 "I want to pay for all of them to go to college," said Freeman. "Where I come from, school wasn't as fun growing up. I want to try and show them and teach them that school is fun, if you do it the right way, if you go to school with a purpose. You have to have a purpose for everything in life. And when you get to see the results, it's very fun."

Freeman, who is currently taking classes at Florida State in order to finish his sports management degree, continued, "This is one thing I mean by putting your family on and giving them the opportunity to be successful. It's not just giving them everything they want, it's making them work for it and utilizing the opportunity. Bringing them here with me, they get to live like me, but at the same time, go to school and work hard for it."

Freeman's four sisters are 23, 19, 18 and five years old, and want to study photography, become a pediatrician, and study cosmetology, respectively. His five-year-old sister obviously has some time to decide what she wants to do.