He's Guaranteed To Earn Millions, So Why Is This NFL Player Still Living Off $60k Per Year?

It is a sad story and one that we see all too often when it comes to professional athletes. They make more money in a short amount of time than most people could ever hope for, blow it all, and are broke shortly after their playing days end.

That will not be Detroit Lions wide receiver Ryan Broyles.

Broyles was a superstar with an asterisk next to his name in the 2012 NFL Draft. During his time at Oklahoma he was one of the best wide receivers in college football. He set the NCAA career reception record with his 317th catch during the 2011 season (highlighted by a 131 reception season in 2010; the record was broken by Justin Hardy in 2014).

He finished his career with 349 receptions, but it could have been a whole lot higher had he not tore his ACL in his left knee against Texas A&M.

As a result, he ended up being available when the Lions were scheduled to pick in the second round. With a gunslinger like Matthew Stafford and the best wide receiver in the game in Calvin Johnson the team hoped a healthy Broyles could be the complement Johnson needed.

So they took him with the 54th pick in the 2012 draft knowing he would miss time as he recovered from his knee injury. Thanks to the rookie wage scale implemented with the last collective bargaining agreement, he was given a four-year contract for $3.6 million with $1.42 guaranteed. 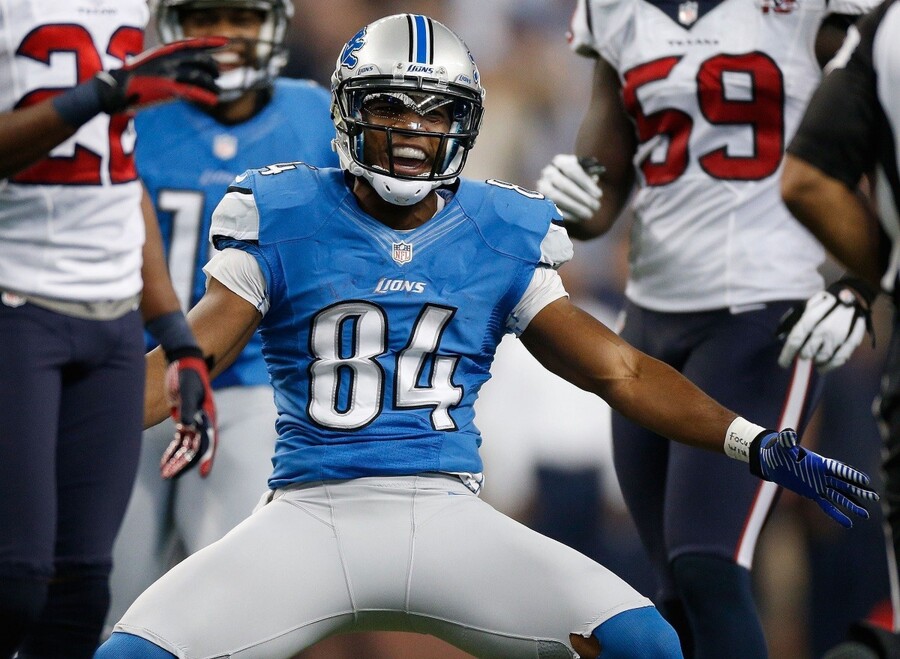 It appears that he intends to be able to live off it for the rest of his life if need be.

After attending the rookie symposium Broyles got to thinking about his financial future. So he met with a financial adviser who told him to spend as he pleases for a few months, but then to set a budget, stick to it, and invest the rest. He and his wife decided they could live fine off of $60,000 a year (average household wage in the U.S. is $50,500).

The rest would go to investments, retirement savings, and securing a post-football financial future. Unlike many players, he wanted to make sure what time he had in football set him up for life.

At training camp he does not drive around in some kind of flashy car like many players, but a Ford Focus rental. At home, he and his wife drive Mazdas and they still own his 2005 Chevy Trailblazer from college. The couple did recently buy a house in Texas and one of the Mazdas is new.

He has really immersed himself in the financial world in order to make sure he was being smart with his money. When it comes to his investments, he doesn't like to talk about them, but smiles (indicating he must be doing well). His reputation has grown enough that he does speaking engagements on financial planning, and has even worked on a financial football video game to help teach financial security and planning in the classroom.

It's a good thing that he has been wise with his money, because there is no telling if he'll even make the roster this season. He only has 32 receptions for 420 yards and two touchdowns, and his career has been plagued with injuries starting with the ACL tear in college. That was followed by another ACL tear as a rookie and a ruptured Achilles his second season.

This season is the final year of his rookie contract. Should he play poorly or get hurt again during the preseason it would not be surprising to see him get cut. Even if he does make the final roster he is still going to have to have an incredible season to be resigned. With Calvin Johnson and Golden Tate getting most of the looks he is going to be hard-pressed to do so.

So it sure is a good thing he is being smart with his money.