Despite His Injury, Going To College Helped Zion Williamson Earn Millions Of Dollars

When Duke's Zion Williamson injured his knee less than a minute into a game against North Carolina, the whole basketball world went crazy. We had seen Williamson do several unthinkable things, like hitting his head against a backboard while blocking a shot or completely denting a basketball. Now, we have seen him do something else impressive: his foot burst right through his shoe.

Immediately, people blamed college basketball. DeMarcus Cousins said that Williamson should sit out the rest of the year to avoid risking further injury and hurting his draft stock.

Cousins is right, to a degree. But playing at Duke has made Williamson millions of dollars.

The Blue Devils went 26-5 during the regular season. Of their 31 games, 28 were on an ESPN network. Williamson missed one non-ESPN contest, meaning that 24 of 26 games (a whopping 92 percent) were nationally televised on ESPN, ESPN2 or ESPNU.

Plenty of people didn't know about Williamson before the season. Or maybe they had heard about him but hadn't seen him play. 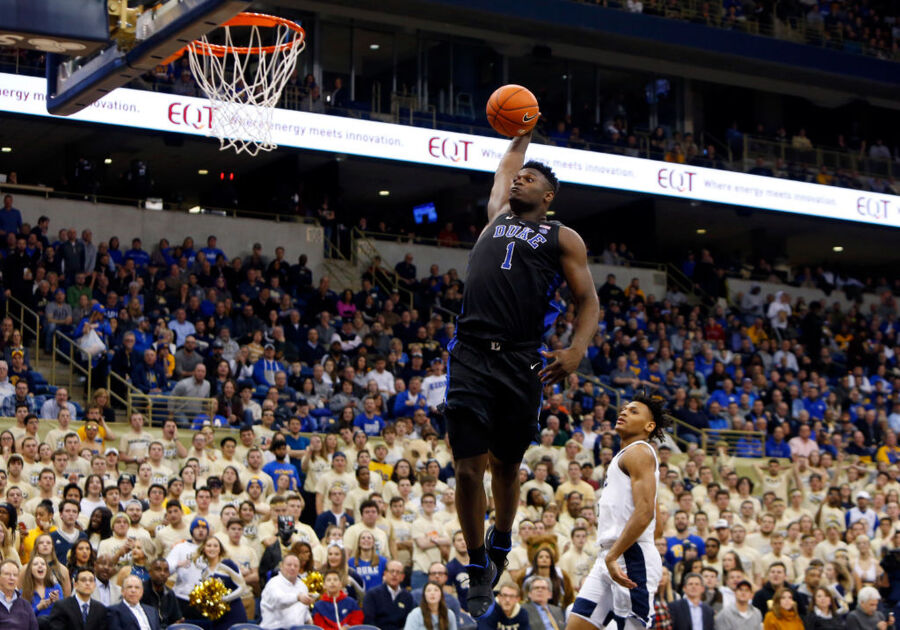 Well, the basketball world knows now. And it's thanks to Duke being all over ESPN.

Even with his injury, Williamson is likely going to be the No. 1 overall pick. That'll net him a four-year rookie contract worth about $33.7 million, per this year's NBA rookie salary scale.

In fact, NBA rookies can earn up to 120 percent of that scale. Williamson could actually take home a little more than $40.4 million in his first four seasons – more than $10 million per year.

And really, with the salary cap set to increase next season, Williamson will probably have an even higher starting deal. He could net somewhere in the $45 million to $50 million range.

Sure, Williamson could have gone to the G-League and gotten some experience against NBA-capable players. But he'd only make $35,000 this season and probably wouldn't generate the hype he did at Duke. G-League players will start making $125,000 per year starting with the 2019-20 season, which makes the decision more interesting, especially for fringe NBA players.

Likewise, heading overseas and making seven figures for one of the European leagues was also an option. An enticing one, even – how many of us had the chance to make at least a million dollars when we were just 18 years old?

But again, going overseas may have ended up hurting Williamson's prestige. Guys like Brandon Jennings and Emmanuel Mudiay did it, playing in Italy and China, respectively. Both players have had fairly productive NBA careers (Jennings last played in the NBA in 2018), but would they have gotten more exposure staying in college?

In Williamson's case, the answer is pretty clear. Having almost all of his games televised nationally has paid off in a huge way. And let's not discount that it's exhilarating to play college basketball, particularly in an environment like Cameron Indoor Stadium.

The NBA has recently discussed reinstating its rule that allows players to go straight from high school to the league. We may see fewer star players in college, so let's embrace them while we can. That extra attention only helps them in the long run.