DeShaun Watson missed the entire 2021 season amid 22 civil lawsuits of sexual misconduct. His status for the 2022 season is also up in the air as those suits are still pending. Beyond legal punishments, the NFL will likely suspend Watson for a significant length of time.

But none of those red flags mattered to the Cleveland Browns, who just handed Watson more guaranteed money than any other NFL player has ever received.

The Browns traded three first-round picks, one third-round pick, and a fifth-rounder to the Houston Texans for their new quarterback. They then immediately offered Watson a $230 million extension, with all of it guaranteed. As NFL Network's Ian Rapoport reported, the deal surpasses — by $80 million — the previous highest amount of money guaranteed at signing. 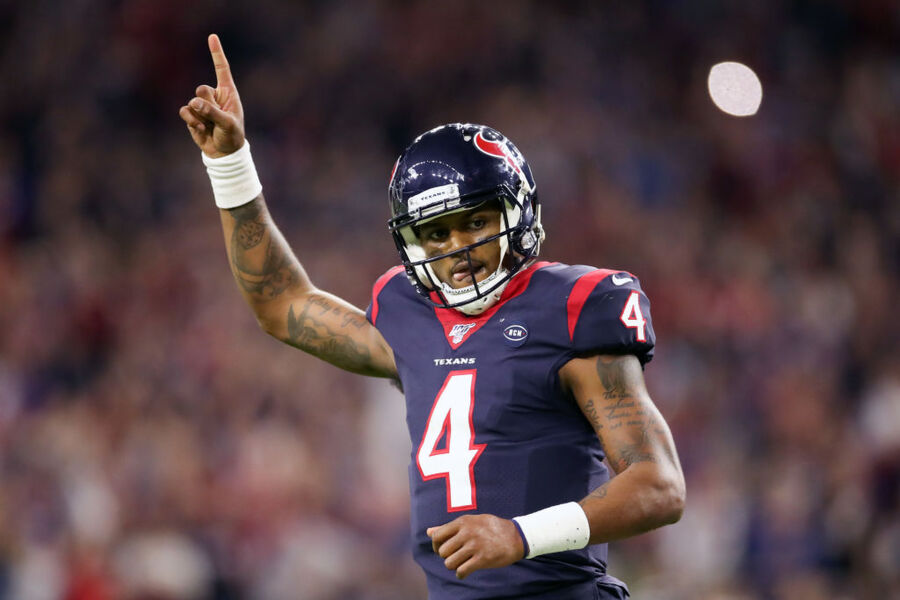 In fact, the contract is negotiated in a way that protects Watson in the likely scenario of a suspension from the NFL. His 2022 earnings will include a $45 million signing bonus, but his base salary will be just $1 million. That means he'll lose $55,555 per game missed — a pretty modest amount for any NFL quarterback. If Watson ends up being suspended for the entire season, he'll lose the full $1 million. Still, that's only about 2.2% of his total 2022 earnings.

The Browns will now have to do something with Baker Mayfield, who's been their quarterback the past four years. But the two sides had a falling out after the Browns made public their interest in Watson. Mayfield, a former number-one pick, led the Browns to the playoffs in 2020. It was the team's first trip to the postseason since 2002.

However, the Browns struggled to an 8-9 record this past season. Mayfield played through injuries and wasn't as effective as he was in 2020. He also couldn't get along with the team's top receiver, Odell Beckham, Jr., and the latter was released. Beckham signed with the Los Angeles Rams shortly after. It probably didn't help Mayfield's cause that Beckham played well in Los Angeles and ultimately won a Super Bowl ring.

We still don't know what will come from Watson's legal proceedings. But this deal makes one thing clear: The Browns are all in on their new quarterback. And the matchup between Cleveland and Houston this season should end up being quite interesting.