After just three seasons in the NFL, Derek Carr has already ensconced himself as one of the premier quarterbacks in the league. At just 25 years old, the Fresno State product has helped turn the Oakland Raiders into a Super Bowl contender; a far cry from the perennial losers that the franchise has been for well over a decade. As a result of his performance, the team has rewarded the young quarterback with a huge contract.

The Oakland Raiders signed Derek Carr to a $125 million contract last week, in a deal that will pay Carr $40 million in guaranteed money, and an injury guarantee of $70 million at signing. Carr will be due $69 million over the course of the first three years of deal. Carr's contract is back-loaded, meaning that he will be able to make more money in the last two years of the deal; when the team will move to Las Vegas. Nevada has no state income tax, which means he will be able to make even more money as a result. 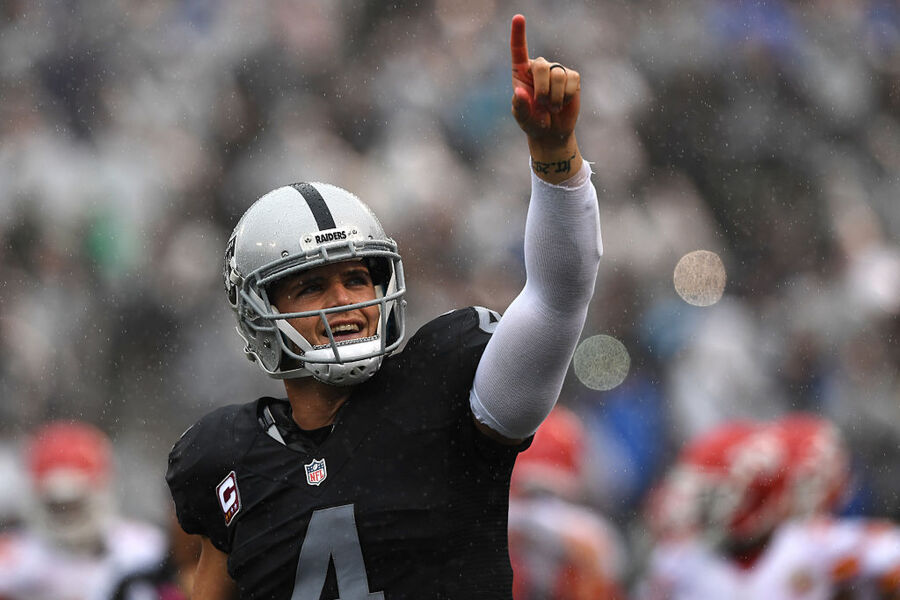 While Carr currently is the highest paid player in the league as it pertains to yearly salary, it likely won't remain that way for too long. Matthew Stafford, who will be an unrestricted free agent at the end of the 2018 season, is likely to sign a huge deal next season that will likely eclipse Carr's $25 million yearly salary. And if Aaron Rodgers continues his high level of play, it won't be surprising to see the Packers sign Rodgers to a mega contract extension in the next year or so.