The Dallas Cowboys took a step backward offensively last season, but their defense was still among the league's elite. A big reason for that? Defensive end DeMarcus Lawrence, who finished the season with 47 tackles, 10.5 sacks, two forced fumbles, a fumble recovery, and an interception. That was good enough for Lawrence to earn his second straight trip to the Pro Bowl.

It also got him a record-setting deal.

Lawrence and the Cowboys agreed to a five-year, $105 million contract extension. Lawrence will make $31.1 million in his first year, with $25 million coming as a signing bonus. That's the most money any non-quarterback has received in the first year of their contract.

After the first season, Lawrence will make $16.9 million, $17 million, $19 million, and $21 million over the next four years, respectively. 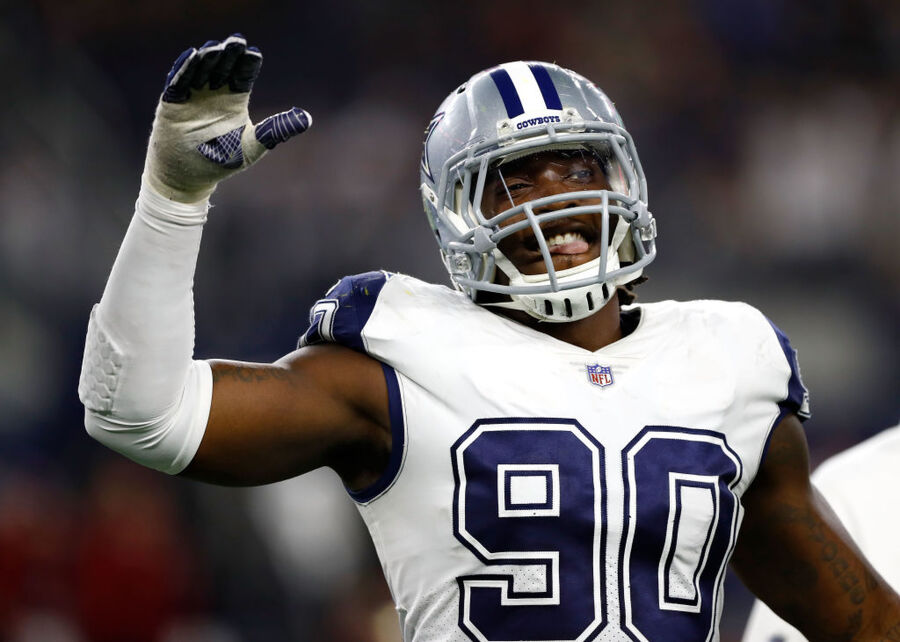 Lawrence signed the franchise tag for $17.1 million last season. The tag this year would have guaranteed Lawrence $20.5 million.

Instead, he'll make $65 million guaranteed, with about half of that money coming in year one.

According to a source close to the Cowboys, if the team didn't make an acceptable offer, Lawrence was prepared to sit out. He was planning to skip the Cowboys' offseason program, organized team activities, minicamp and training camp. He may have foregone regular season games, too.

But all of that is a moot point now. Lawrence's $65 million guaranteed is the fourth-highest for a defensive player. He's only behind Khalil Mack, Aaron Donald, and Von Miller in terms of guaranteed money.

Lawrence will undergo shoulder surgery to repair a torn labrum. He played through the injury last year, but the Cowboys want their new expensive piece to be healthy for 2019.

The injury isn't expected to sideline Lawrence for any regular season games. However, the 27-year-old will likely be out until training camp.

The Cowboys will need him to be close to full strength as they chase their first Super Bowl win in nearly a quarter century. And if Lawrence can help deliver a ring, he'll be worth every penny.