DeMar DeRozan was the face of the Toronto Raptors for nearly a decade before being traded to the San Antonio Spurs this offseason. Though he lived in Toronto during the year, his main offseason residence was in his hometown of Compton, CA. He recently purchased a $15 million mansion in the Hidden Hills neighborhood.

But if DeRozan were to take up residence in the state of his new team, he could potentially save a ton of money.

DeRozan still has three years and $83 million left on his contract. In California, someone in his tax bracket would owe 13.30 percent of his income to state taxes. That's a little more than $11 million for just his individual income, or about $3.7 million per year.

California also has one of the highest sales tax rates in the country. DeRozan is saving money by not buying things in-state. 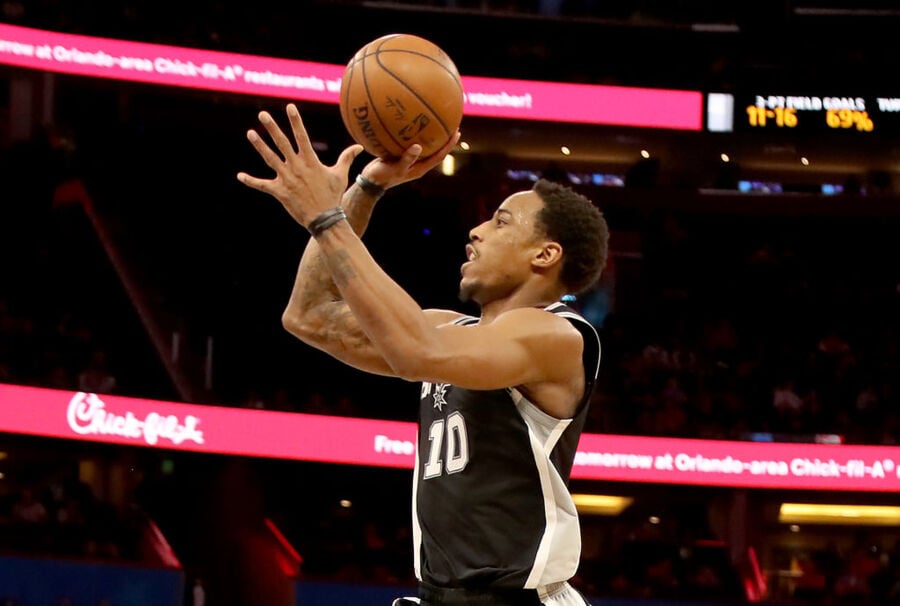 Meanwhile, there's no state income tax in Texas, so DeRozan could save millions simply by changing his address.

But wait, there's more: professional athletes pay a "jock tax" for wherever they play games. Before being traded, half of DeRozan's NBA paychecks were affected by Canadian tax. That's 13.16 percent from Ontario taxes, the province in which Toronto is located.

In fact, for Canadian earners in the highest tax bracket, they pay 53 percent in taxes. That's more than half their earnings!

DeRozan now avoids those Ontario taxes by being in a Spurs uniform.

All told, between Federal, Canadian, and state taxes, DeRozan stands to save about $20 million in taxes over the next three years if he lives in Texas instead of California.

While it's unclear if he'll actually make the move, it's gotta be tempting. After all, it's not every day you can save $20 million, right?