More Than A Decade Ago, Floyd Mayweather Took A Risky Gamble That Has Earned Him Nearly A Billion Dollars

Floyd Mayweather has rightly earned the nickname "Money" because of his massive bankroll. He'll likely make more than $280 million in his upcoming fight with Conor McGregor, which would put his career earnings at more than a billion dollars.

Perhaps the most impressive part of all? Mayweather's rise to financial dominance would have never happened if not for one simple – yet incredibly risky – move he made more than a decade ago.

Between 1996 and 2006, Bob Arum's Top Rank Boxing promotional company represented Mayweather. Boxing promoters set up fights by fronting the money, so they receive the biggest paychecks. It's a pretty sweet deal.

Arum organizes fights, pays off all of the necessary costs – including giving the fighters their cut – and takes home the rest of the profits. Arum has worked with some big-name fighters, too, including Manny Pacquiao. As a result, Arum has made a ton of money and is worth hundreds of millions today.

For boxers, having a promoter can work out nicely. It's hard enough worrying about training and making sure you're at your peak physically. Why throw promoting and organizing your own fights into the mix, too?

Because you can make a lot more money, that's why. And Mayweather realized that back in April of 2006. That's when Arum offered Floyd $8 million to fight Antonio Margarito. At the time, Mayweather had never even made half that amount from one fight.

Rather than taking the deal, Mayweather countered with a request: he wanted $20 million to fight Oscar De La Hoya. Arum balked at the idea and kept pushing the Margarito fight. 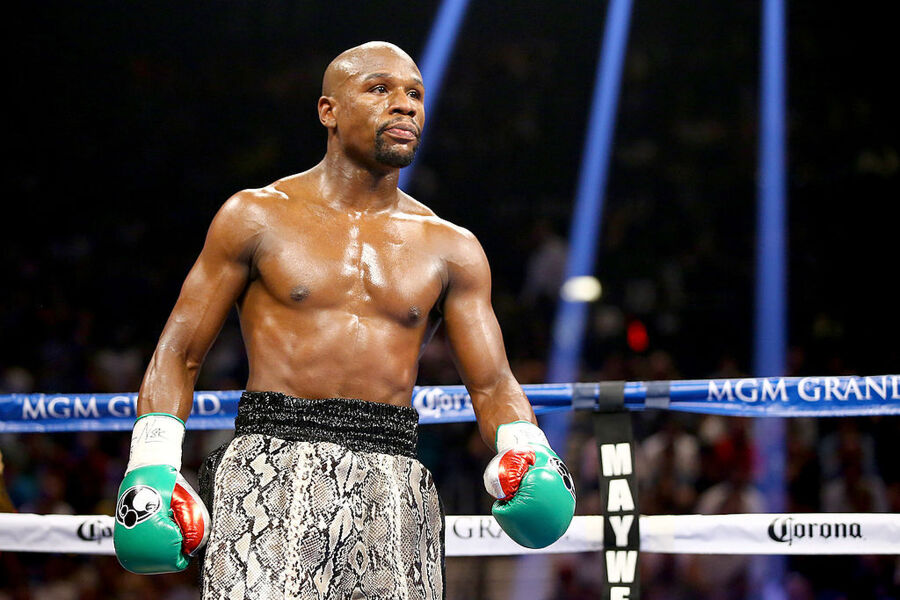 Mayweather knew he was worth big bucks, so instead of giving in and agreeing to fight Margarito, Mayweather bet on himself.

It wasn't a cheap move; Mayweather paid Arum $750,000 to break free of his Top Rank contract and become a free agent. At the time, Mayweather's net worth wasn't even $5 million. He was taking a huge risk. If injury struck or he was unable to find interested venues or fighters, he could have gone broke quickly.

Instead, Mayweather started earning tons of money to fight. He made $8 million to fight Carlos Baldomir in November of 2006. That victory got Mayweather some additional buzz, and he eventually got his matchup against De La Hoya the following year. Oh, and that $20 million that Arum initially turned down? Mayweather made $25 million in what was then the highest revenue-producing fight boxing had ever seen.

That was just the start for Mayweather. In 2013, the Nevada Gaming Commission gave him his own promoter's license. He launched Mayweather Promotions and has a hand in each and every aspect of his fights.

Mayweather must use his own money for these fights, which includes venue costs and his opponent's purse. In a 2013 bout, for example, he dipped into his personal checking account to front Saul Alvarez $10 million. He also had to spend money on the event space, vendors, food, and drink.

The reward was well worth it – Mayweather made $75 million from that fight. And when his long-hyped bout against Pacquiao finally came to fruition, Mayweather made a whopping $250 million.

He'll probably make even more in the superfight against McGregor. We've seen plenty of athletes bet on themselves, but not all of them succeed. Mayweather, meanwhile, just may soon be the first fighter ever to earn more than $1 billion in the ring.