Back in March, the Arizona Cardinals traded for DeAndre Hopkins, grabbing the receiver from the Houston Texans for only a pair of draft picks and oft-injured running back David Johnson. It was a stunning move at the time, and it's still pretty incredible to think about today. Hopkins is one of the league's top receivers, and he's in his prime.

The Cardinals are very much aware of this fact. Two days before the 2020 NFL season kicks off, the team made sure to lock up their star receiver for the long haul.

Per Ian Rapoport, the Cardinals signed Hopkins to a two-year contract extension worth $54.5 million in new money. Hopkins will also receive $42.75 million guaranteed at signing.

The $27.25 million annual average of the extension is the highest for a non-quarterback in NFL history. And the coolest part? Hopkins negotiated the deal himself. 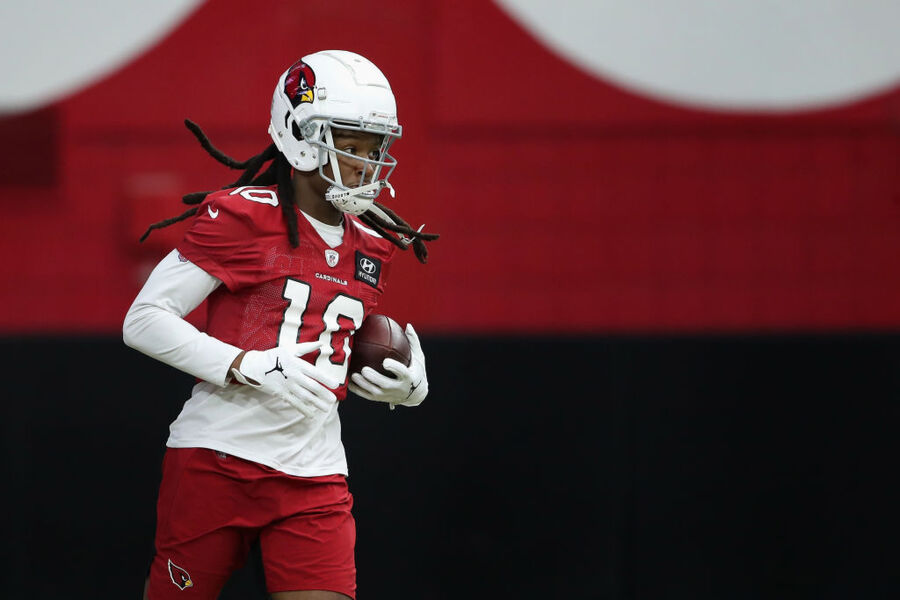 Adam Schefter notes Hopkins is now tied to Arizona for five years, with $94 million due over those five seasons.

While Hopkins has set the bar for non-QBs, his deal is a reminder the NFL is still very much a quarterback-friendly league. Twelve quarterbacks have a higher annual salary than the Cardinals receiver.

That group of quarterbacks includes Kansas City Chiefs star Patrick Mahomes, who signed a record-setting deal of his own this summer. His new contract will pay him $45 million annually — about $18 million more than Hopkins will get.

Either way, this is still life-changing money, and Hopkins seems to be grateful. It looks like he's in Arizona for the long haul. And now he's setting his sights on a championship.

I can see clearly now the rain is gone. pic.twitter.com/F6JRljSFcs