Ask any successful person for advice and you'll likely hear some variant of finding what you love and then never working a day in your life. After all, if you're not passionate about a project, company, task, or anything else, you're not putting your full heart into it. Retired NBA star David Robinson embodies this lesson.

For 14 seasons, David Robinson found success on the basketball court. He won a pair of titles with the San Antonio Spurs and made 10 All-Star teams, 10 All-NBA teams, and earned the MVP award during the 1994-95 season. He also led the league in scoring the previous season, averaging 29.8 points per game.

Globally, he won two gold medals with the U.S. Olympic men's basketball team. To cap off his career, he was inducted into the Basketball Hall of Fame in September 2009. He's always had a passion for basketball.

Even with all of those accomplishments, Robinson's post-playing career might be even more impressive. He started Admiral Capital in 2007 to focus on private equity and real estate deals that can, "make a positive social impact," in the firm's words.

Admiral Capital has continued to grow its portfolio, partnering with some major names. Among them are retailer Academy Sports + Outdoors, United Talent Agency, hospitality company Centerplate, and Krossover, a company that provides video breakdown and analytics to youth and college sports teams. The firm has also invested in the food space, securing the rights to Blaze Pizza—a company backed by LeBron James—and Jimmy John's locations in San Antonio. 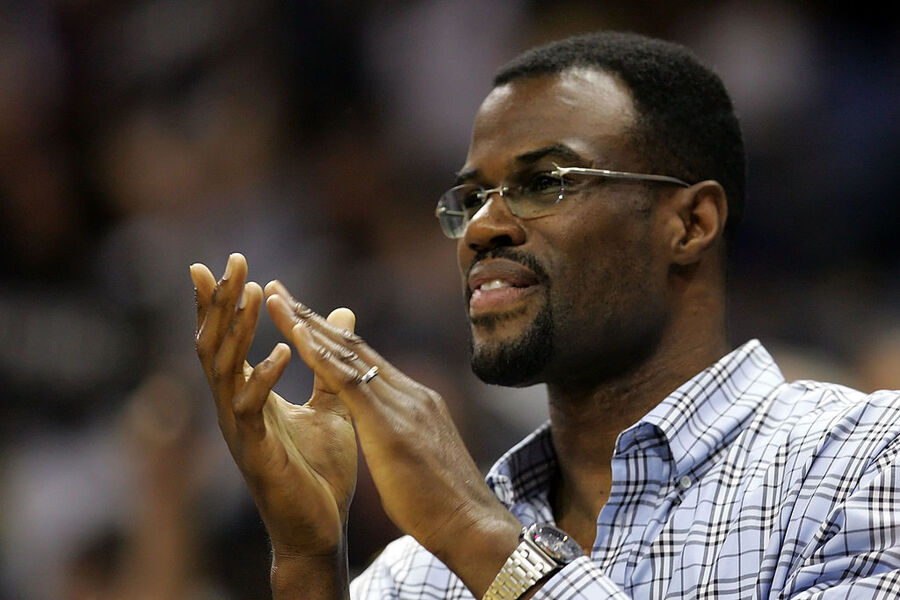 These deals have made quite the financial impact, too. Admiral Capital has had a hand in more than 50 deals, investing $300 million along the way. As a result, the firm has had a transaction value of $1.5 billion—essentially growing its income by 400%.

To give back, Admiral Capital donates 10% of profits to support lower incomes communities and education. Robinson has also co-founded Carver Academy, a charter school system with dozens of schools in the San Antonio area, and is on the advisory board of Blueprint Local to raise money for underserved and rebuilding communities.

Robinson has made some smart investments on his own, too. In 2004, he bought 1.88% of the Spurs. At the time, the team was valued at $280 million, meaning Robinson likely bought his stake for about $5.2 million. Today, the Spurs have a value of $1.9 billion, making Robinson's stake worth about $36 million.

Robinson and Admiral Capital are showing no signs of slowing down. And the former NBA star is finding just as much excitement in the business world as he did on the court.