David Glass Bought The Royals Two Decades Ago For $96 Million. He Just Sold Them For $1 Billion!

The Kansas City Royals haven't had a winning season since their World Series championship in 2015. That hasn't stopped them from increasing in value, though. As a result, their former owner is going out as a winner.

David Glass, the former CEO and president of Walmart, just sold the Royals for $1 billion. He bought the Royals for $96 million back in 2000. That's a return of more than 941 percent!

Glass, 84, spent 20 seasons as owner and CEO of the Royals. He was named interim chairman and CEO after Ewing Kauffman, the team's first owner, died in 1993. The Glass family acquired the Royals from Koffman's estate seven years later. 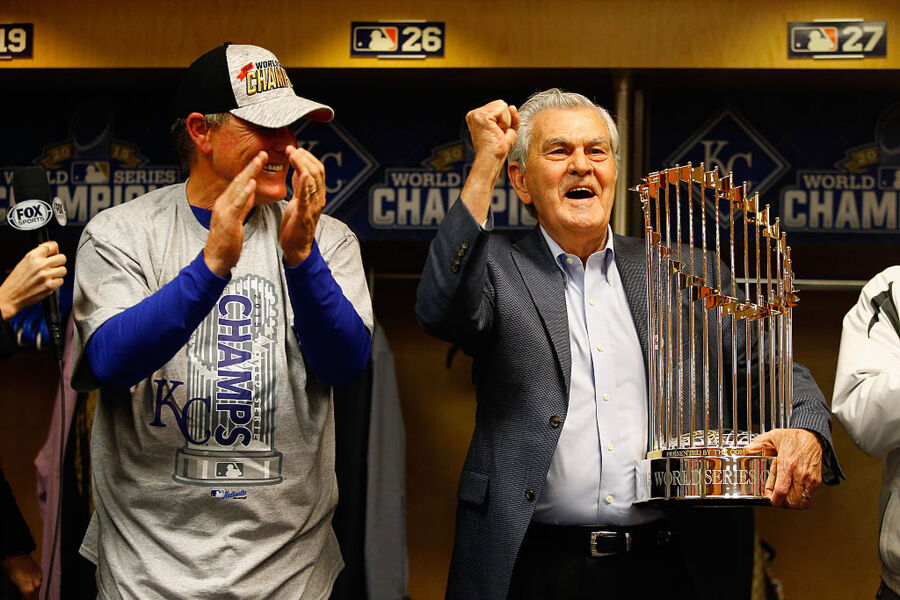 Under Glass's ownership, the Royals had six seasons with 100 or more losses. But they also saw success in the middle of this decade, reaching the 2014 World Series and winning the following year.

Sherman had to sell his stake in the Indians to purchase the Royals. Will he be able to use his intel from an AL Central rival to help turn the Royals' fortunes around? That might be too much of a stretch, but according to MLB commissioner Rob Manfred, Sherman's time as minority owner gave him a unique advantage.

"The Indians are regarded to be a very well run and obviously very competitive on the field organization," Manfred said during the MLB Owners Meetings in Arlington, TX. "I think the opportunity to function inside a quality major-league organization gives John a unique opportunity to take over in Kansas City and not miss a step, and continue the historic success that franchise has had."

Inergy, Sherman's second endeavor, was created in 1996. The propane firm merged with Crestwood Midstream Partners in 2013. Sherman sits on the board of directors for both Crestwood Equity Partners, with the firm earning almost $4 billion in revenue last year.

As for Glass, he'll retire with a hefty chunk of change. Not a bad way to leave the game!