Talk of a potential bout between retired boxing champ Floyd Mayweather and UFC champ Conor McGregor heated up this week after Floyd Mayweather countered McGregor's demand of $100 million to fight, with an offer of $15 million. While McGregor has yet to respond to the 39-year-old Las Vegas native's offer, UFC president Dana White put up an offer of his own in an effort to make the superfight a reality.

In an interview on Colin Cowherd's The Herd, Dana White made an offer to both Mayweather and McGregor to get both of them into the ring and fight. "I'll tell you what Floyd, here's a real offer," said the 47-year-old UFC president. "I'm the only guy that can actually make the offer and I'm actually making a real offer: We'll pay you $25 million, we'll pay Conor $25 million and then we'll talk about pay-per-view at a certain number. There's a real offer."

While that $25 million is much more than McGregor's highest reported purse total (he earned $3 million for his fight against Nate Diaz in UFC 202, plus PPV earnings), the $25 million purse would be a far cry from Mayweather's record $100 million guaranteed purse in his 2014 bout against Manny Pacquiao, where he made north of $220 million after PPV earnings. In fact, Mayweather himself responded to White's offer by saying that "[White is] a f*****g comedian!" 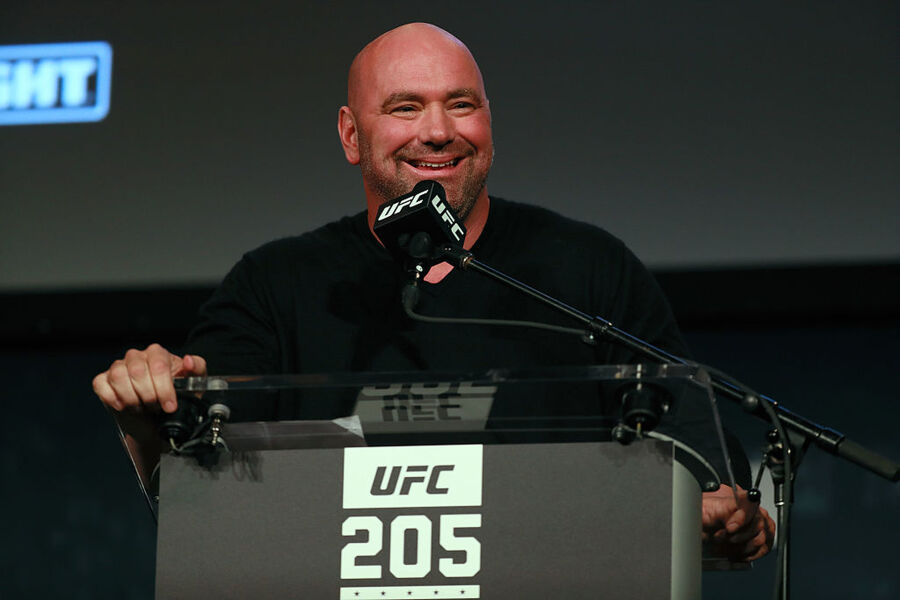 White, though, found Floyd's comments on First Take earlier this week about being the 'A' side of the fight, to be humorous. "To think you're the 'A' side? How are you the 'A' side?" said White. "The last major fight that you were in [against Pacquiao], you left such a bad taste in everybody's mouth that nobody wants to see you again.

White went on to mention McGregor's PPV sales in comparison to Mayweather's. "[Mayweather's] last fight did 350,000 pay-per-view buys. Conor did 1.3 million and 1.5 million buys. So, I don't understand how you think you're the 'A' side. There's a reason you want this Conor McGregor fight so bad, because you know that's your money fight."

At the end of the day, Mayweather probably won't accept White's terms. The Mayweather/McGregor saga continues.