Undefeated and currently retired boxer Floyd Mayweather Jr. made headlines last week after he claimed that the UFC made him a $1 billion offer to come out of retirement and fight in the Octagon. Despite Mayweather's bombastic claim, the UFC failed to make a statement in response to the 40-year-old boxer; until now, that is.

UFC president Dana White confirmed to ESPN that the UFC and Floyd Mayweather Jr. are in fact discussing a deal that would bring Mayweather to the world of MMA.

White told ESPN the following, "We're talking to Floyd about doing a UFC deal … It's real. He was talking about [boxing] Conor McGregor. Was that real? Have you heard Floyd talk about many things that aren't real? He usually tips his hand when he's in the media, and then that s**t ends up happening … We're interested in doing something with Floyd. Everything is a realistic possibility. Mayweather vs. McGregor f*****g happened. Anything is possible."

While White failed to confirm the financials of the potential deal between Mayweather and the UFC, the UFC president sounded optimistic about the possibility of a deal working out as a result of his experience with Floyd and his team during the Mayweather/Conor McGregor negotiations. 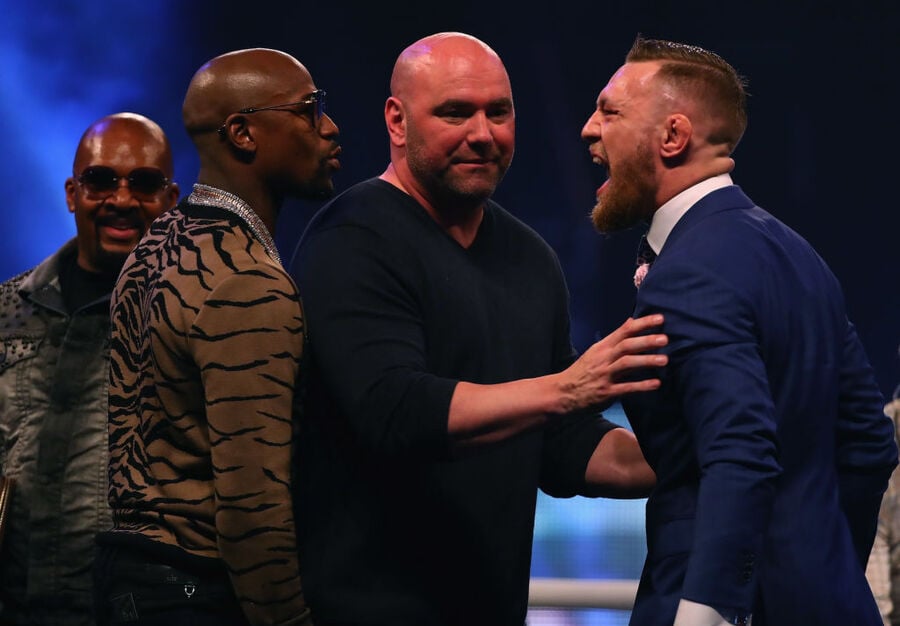 "There was no way I thought that [the fight between Mayweather and McGregor] was going to happen, but when you sit down with a smart guy like [Mayweather adviser] Al Haymon, a very intelligent guy, anything is possible," said White. "And Floyd, as much as he does the money thing and this and that, Floyd was actually very easy to work with. I was impressed."

Mayweather defeated McGregor in the 10th round of their boxing bout by TKO this past August, and though Mayweather promised it would be the last fight of his career, a lucrative offer from the UFC may prove to be too tempting to pass up.