Damian Lillard is arguably the best player in Portland Trail Blazers history. Since the Blazers selected him with the sixth pick of the 2012 draft, he's delivered countless memorable moments and big shots, and his "Dame Time" mantra has proven massively popular. Yet, there have constantly been rumors that Lillard was unhappy in Portland, or that the Blazers might trade him away. Those rumblings only intensified after the team dealt CJ McCollum to the New Orleans Pelicans last year.

Well, Lillard has put those rumors to rest — in a very lucrative way.

The veteran guard agreed to a two-year extension with the Blazers worth $122 million over two years. Bobby Marks broke down how the financials will look when paired with Lillard's current deal.

Here is the Lillard contract breakdown:

The extension numbers could be adjusted based on the salary cap in 2025-26. It cannot exceed 35% of the cap for that season.

Lillard will already be among the highest-paid players in the league next season as part of his current deal, which runs through the 2024-25 season. By the time his extension kicks in, he'll be nearing — and then surpassing — $60 million per season. No NBA player has even made $50 million in a season yet.

By the time Lillard's contract is done, he'll have eclipsed $450 million in career earnings. At that point, he'll be 37, and turn 38 that summer. Depending on how he fares with injuries, it's possible he could score a two or three-year deal worth $50 million, which would put him over half a billion dollars. And if he's still in Portland, that would be the most money ever earned with a single franchise. 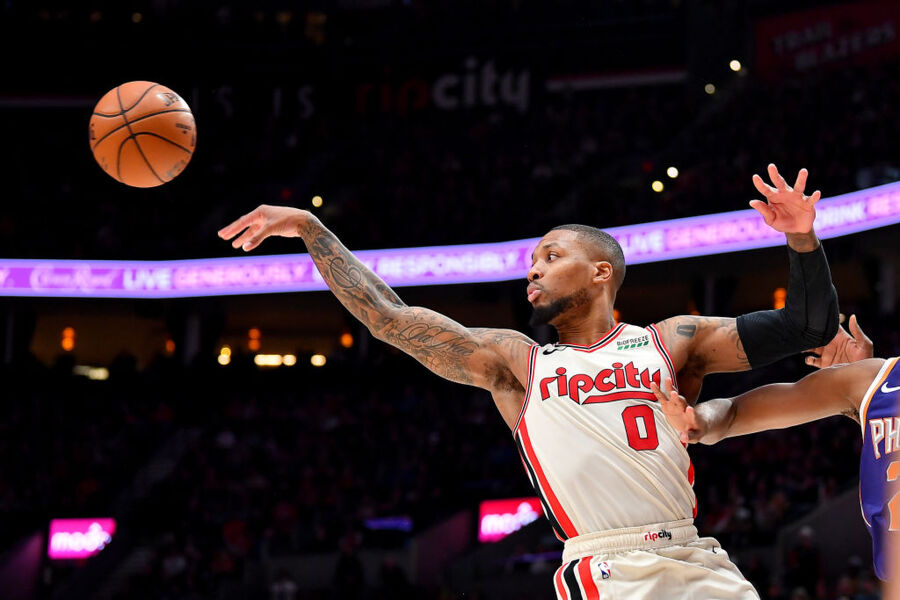 In more than 700 games for the Blazers, Lillard has averaged 24.6 points, 6.6 assists, 4.2 rebounds, and shot 37.3% from three-point range. That's culminated in six All-NBA nods and six All-Star appearances. The Blazers reached the Western Conference Finals during the 2019 playoffs but haven't made it out of the first round since, and didn't make the playoffs at all last year. Lillard also had a poor year, appearing in just 29 games for the beaten-up Blazers before suffering a season-ending injury himself.

With a new season on the horizon, Lillard is ready to put those struggles behind him. He's all in — now it's up to the Blazers to surround him with enough talent to make some noise in the playoffs.