Dak Prescott Will Make More Than $30 Million Next Year – But Will He Be Happy?

It seems like ever since Dak Prescott replaced an injured Tony Romo, he's had to deal with questions about his future. At first, it was whether he'd hold onto his starting job. Then, it was whether he could return the Dallas Cowboys to postseason greatness. And lately, it's been whether he'll get the contract he wants from the team.

We have an answer to that last one: No, at least not yet.

The Cowboys placed the franchise tag on Prescott, which will give the quarterback $31.4 million next year. The two sides do have until July 15 to agree on a long-term deal, but it's looking likely that Prescott will be playing under the franchise tag this year.

In most situations, receiving more than $30 million to play one season of football would be a dream come true. But Prescott was looking for a long-term contract worth about $40 million per season. 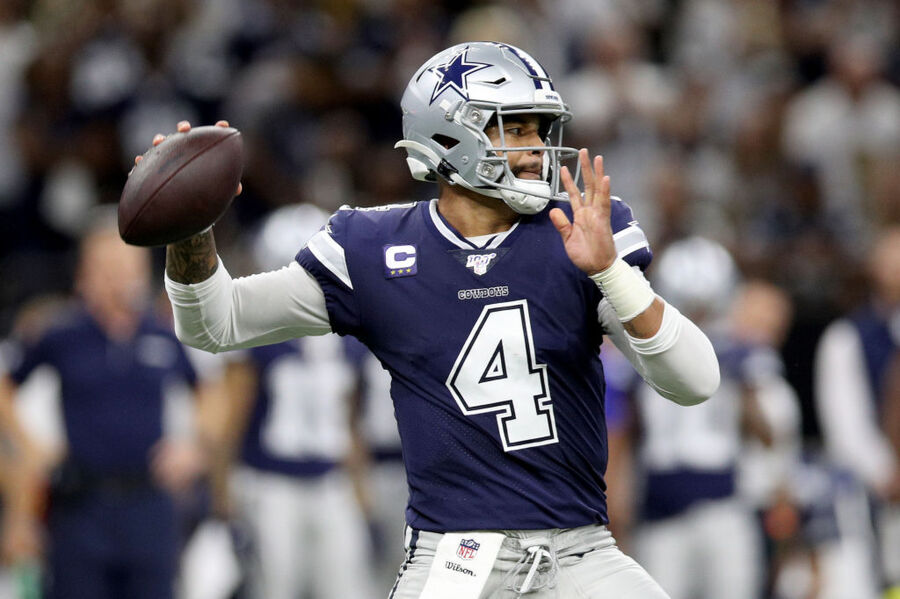 Prescott and the Cowboys never really seemed close to coming to terms, and that could be an underlying issue. It may just be that paying Prescott that much money for several seasons could hurt the team financially. Or could it be something bigger?

Quarterbacks have been dominating the market over the past few years as more teams realize the importance of the position. However, even with the rising price of franchise quarterbacks, the most expensive player next season will be Russell Wilson, at $35 million. Prescott wanted more than that, and he doesn't have the career pedigree of some of the other highest-paid quarterbacks, including Ben Roethlisberger and Aaron Rodgers.

Instead of taking over that top spot, Prescott now finds himself the seventh-highest-paid quarterback in the league. That's still nothing to scoff at, but it presents the possibility that the Cowboys don't view Prescott in that same tier. The team gave extensions to running back Ezekiel Elliott and wide receiver Amari Cooper; they could have done the same with Prescott, yet didn't.

The COVID-19 pandemic adds another wrinkle to any contract negotiations. Professional sports teams are likely to lose a lot of money this year, and probably for several years to come. Maybe the Cowboys looked at the landscape and thought they'd say some money this year.

Whatever the case may be, it looks like Prescott is going to have to prove himself once again this year. If he can put up solid numbers and lead the Cowboys deep into the playoffs, he'll probably get the exact number he wants.

For now, he'll have to be content playing under the franchise tag. It's an expensive one-year tryout that could pay tremendous dividends.