By Travis Pulver on February 4, 2016 in Articles › Sports News

The Johnny Manziel Saga took a turn for the worse after another incident involving the young quarterback and his girlfriend. The police had to be called recently after the two had some kind of altercation. He wasn't arrested or charged with anything, but after his girlfriend expressed concern for his well-being, the police broke out the helicopter to try and find him.

No charges have been filed, and there is no reason to think he was aggressive towards her despite the word 'altercation' being used to describe whatever transpired between the two. So as far as the league should be concerned, he has done nothing against the rules.

It looks like the Browns are going to cut him anyway. 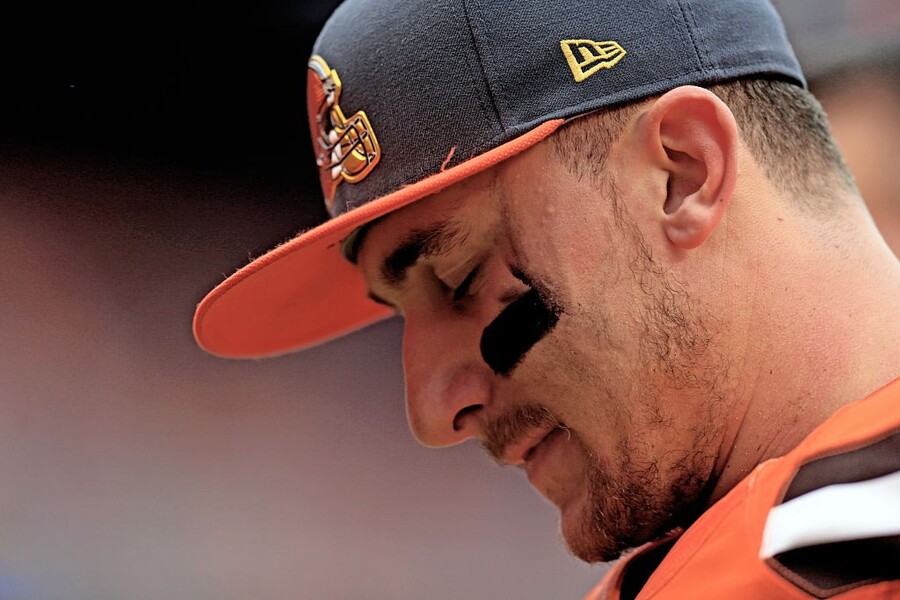 After initially declining to comment on the news, the Browns released a statement on Tuesday that was not kind to Manziel. While they didn't outright say it, the general perception is that they are tired of his off-field antics and will be cutting him loose as soon as they can.

Manziel had some moments on the field that were promising, but not enough for the team to put up with the constant distractions.

The only question now is when they will let him go, since the team will still owe him $4.6 million in guaranteed money (his contract included a $7.9 million guaranteed; he's made roughly $3.3 million).

They could save even more if they are able to convince someone to trade for him, but it is highly unlikely they could even get a late 7th round pick for him right now. Few teams, if any, are going to be willing to deal with all of his off-field issues. If they are willing to give him a shot, they can just wait until the Browns cut him, sign him as a free agent, and still have all of their draft picks.

If he does get a second chance, hopefully he learns from his mistakes and lives up to his potential.