After all, in 2001, he was a big part of the pitching rotation that led the Arizona Diamondbacks to what still remains the only championship in franchise history.

Then, in 2004, he pitched on shredded ankle ligaments to defeat the Yankees and then the St. Louis Cardinals to help lead the Red Sox to their first championship in 86 years. His perseverance, most often showed in the form of his bloody sock, earned him admiration and praise from fans and media alike.

However, since retiring in 2007, Schilling has made a number of poor decisions. The latest just cost him his job as an ESPN analyst.

That wouldn't be so bad, except Schilling sort of needed that job. The former pitcher earned $114 million over his 19-year career, but he lost his entire fortune by investing in a failed video game company. 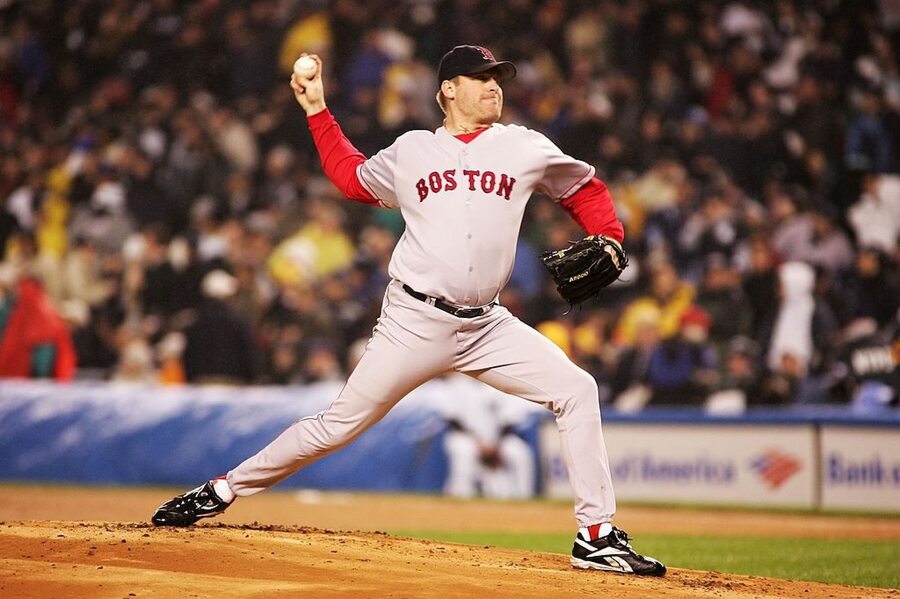 Schilling had worked for ESPN since 2010, providing analysis on the network's various baseball game shows. The final straw came this week, when Schilling shared a Facebook post responding to the North Carolina law that prevents transgender people from using bathrooms and locker rooms that don't correspond with their birth genders.

The post featured an overweight man wearing a wig and women's clothing, with holes cut out of the T-shirt exposing his breasts. The post says, "LET HIM IN! to the restroom with your daughter or else you're a narrow-minded, judgmental, unloving racist bigot who needs to die."

Schilling added his own commentary to the post, writing "A man is a man no matter what they call themselves. I don't care what they are, who they sleep with, men's room was designed for the penis, women's not so much. Now you need laws telling us differently? Pathetic."

Perhaps if this had been Schilling's only inflammatory comment, he may still be with ESPN and making a sizable paycheck to try and recoup some of his losses. But in the past year alone, Schilling has said Hillary Clinton "should be buried under a jail somewhere" for possibly leaking classified emails on a public server, and also posted a comment on Twitter comparing radical Muslims to Nazis.

Schilling was suspended for a month after that comment, so he was already on thin ice with the network. When his latest post was met with backlash, he responded back: "Let's make one thing clear right upfront. If you get offended by ANYTHING in this post, that's your fault, all yours."

He continued: "This latest brew ha ha is beyond hilarious. I didn't post that ugly picture. I made a comment about the basic functionality of men's and women's restrooms, period."

However, it appears that while Schilling may not have created the post, he did share it on his own page, rather than simply leave a comment.

And now, with his net worth still nowhere near recovered from the $50 million it was at before starting his failed video game company, Schilling is really finding himself hurting for cash. Maybe it's wise to take a break from social media while looking for his next job.