Cristiano Ronaldo Makes An Insane Amount Of Money Just Being Himself

Life is good for soccer superstar Cristiano Ronaldo. The 31-year-old forward is devilishly handsome, dates the most gorgeous models in the world, and is one of the best soccer players in the world and is paid accordingly, with a base salary of $40 million. When he is not representing his national team, he plays for one of the most popular teams in the world, Real Madrid.

On top of being a superstar athlete, he is a heck of a guy as well. He doesn't have any tattoos because if he did, he would not be able to give blood, which he does often. He has helped raise money, and has donated a lot of his own money, to help flood and earthquake victims, cancer victims, and he even sold his 2011 Golden Boot award to help build schools in Gaza.

How many NFL, NBA, or MLB MVPS have done that? 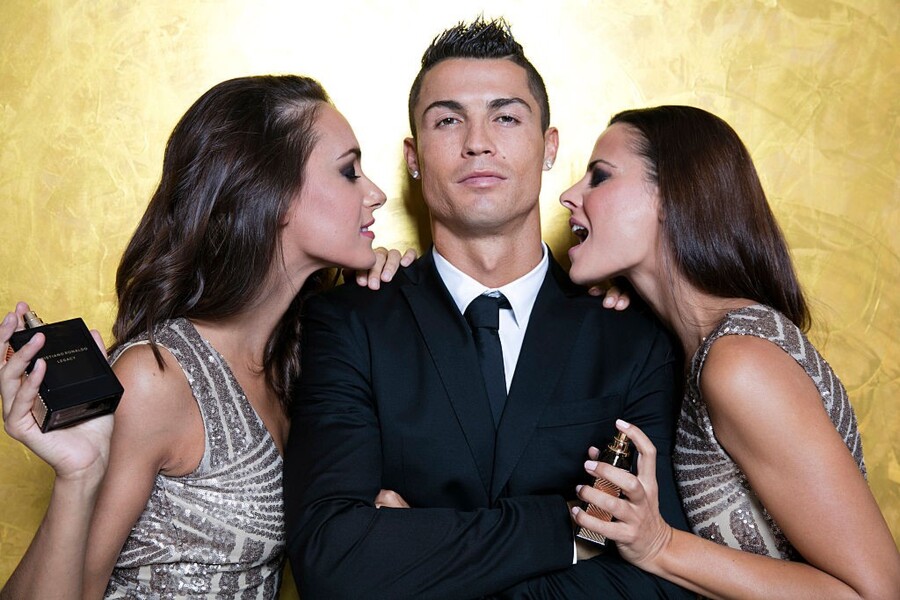 As a result, he has a legion of fans all over the world. Recently, he became the first professional athlete to have over 200 million fans on social media (109.7 million fans on Facebook, 49.6 million on Instagram and 40.7 million on Twitter). His followers are not really concentrated in any one area. Although, the United States has the most fans, representing 13.5% of his social media following, followed by France (7.4%), Brazil (6.4%), Mexico (6.2%) and the U.K. (5%).

Only two other celebrities in the world have over 200 million followers on social media: Justin Bieber and Taylor Swift.

The two music giants are not bad company to be in, and companies looking for someone to endorse their products have taken notice. Last year, he was the third highest-paid athlete in the world (and the tenth highest-paid celebrity), having made $27 million from endorsements and $52.6 million playing soccer.

His value and popularity were never more apparent when he was able to sign a deal with telecom giant Mobily, in Saudi Arabia. For five signed Portugal shirts, a couple of social media posts, and a photo shoot that could last up to four and a half hours, he was paid a staggering £860,000 (or $1.2 million).

All he had to do to earn the money was to sign his name a few times, send a couple social media posts out into the virtual world, and stand there being the physical specimen that he is, while someone takes his picture.

Yeah, when you can make a cool $1.2 million doing that, life certainly is good.