Soccer stars scored more millions in 2016 than any other athletes, according to a new Forbes list. Cristiano Ronaldo and Lionel Messi are 2016's highest-paid athletes in the world.

Ronaldo, the devilishly handsome, Real Madrid star and captain of Portugal's national team, took the top spot having earned $88 million over the past 12 months. His contract with Madrid, which runs until 2018, earns him a base salary of $40 million a year, plus bonuses.

He also earns a few bucks from commercial endorsements and pitching products. Ronaldo has deals with Tag Heuer, Herbalife, Pokerstars, and Clear Shampoo, as well as his own line of suits, cologne, and underwear. Last year, he signed a contract with Nike worth $13 million and was paid a staggering $1.2 million for a deal with telecom giant Mobily, in Saudi Arabia, that couldn't have involved more than four and a half hours of work. That comes out to over $4,000 a minute!

Why are teams and companies throwing cash at Ronaldo? Well, he has a HUGE social media presence. He recently became the first professional athlete to have over 200 million fans on social media: 43 million followers on Twitter, 61 million followers on Instagram, and 112 million "likes" on Facebook. His presence in the digital world is only matched by celebrities Justin Bieber and Taylor Swift. 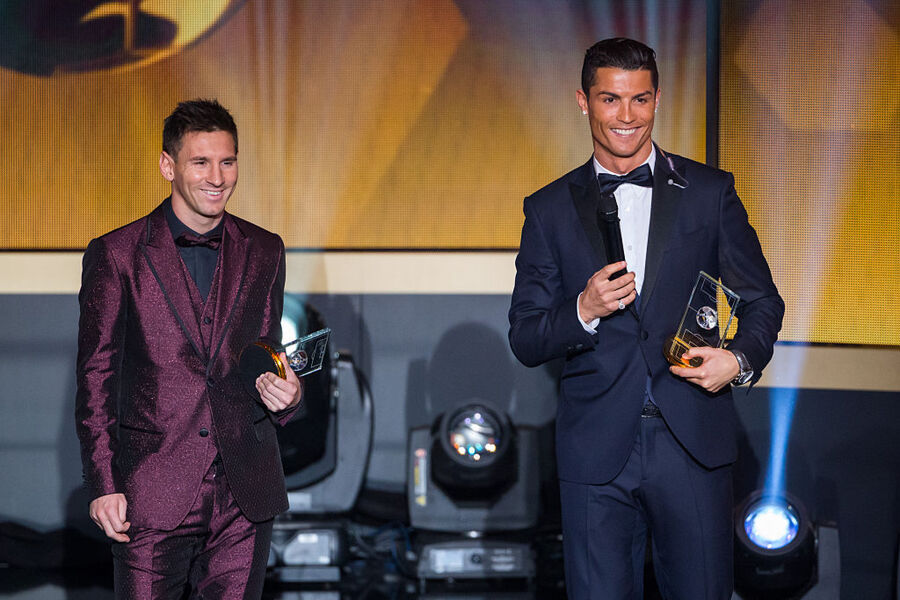 Lionel Messi, the captain of Argentina's national team, isn't far behind Ronaldo, having earned $81.4 million in the past 12 months.

His base salary is higher than Ronaldo's, at $44.68 million per year. But he brought in less in endorsements than Ronaldo – only a measly $28 million – in the last 12 months. The soccer star who was named the best player in the world has sponsorship deals with Adidas, Huawei, Tata Motors, PepsiCo, Gillette, and Electronic Arts. His contract with Adidas is worth more than $10 million annually. Messi also earned bonuses from Barca and Adidas when he scored the Ballon d'Or in January.

Ronaldo and Messi took the place of the Forbes former highest-paid athletes: retired boxer Floyd Mayweather and injured golfer Tiger Woods. This year marks only the second time an athlete from a team sport has topped the list since it began ranking sports earnings in 1990. The first was basketball player Michael Jordan.

Here's the complete rundown of the top 10 earning athletes of the last 12 months: