Cristiano Ronaldo Just Opened Up A Soccer-Themed Hotel In His Hometown…How Expensive Is It To Stay There?

Cristiano Ronaldo is arguably the best active soccer player in the world. He's got plenty of hardware to back it up, winning multiple FIFA Ballon d'Or and European Golden Shoe awards, among several other individual and club accomplishments. He's still contributing on the field, but now he's adding some real estate to his portfolio.

The Real Madrid star just opened up a swanky, soccer-themed hotel in his hometown of Funchal, Madeira in Portugal, serving as partial owner of Pestana CR7. With 48 rooms, the hotel features some cool amenities like a rooftop infinity pool complete with sauna and jacuzzi, an open-air gym, and a bath lounge that's designed like a football field.

Of course, Ronaldo needs a place to store all of his accolades, so there's lots of memorabilia around the hotel, too. Guests can view Ronaldo's shirts, trophies, and trainers, which are scattered throughout the building. 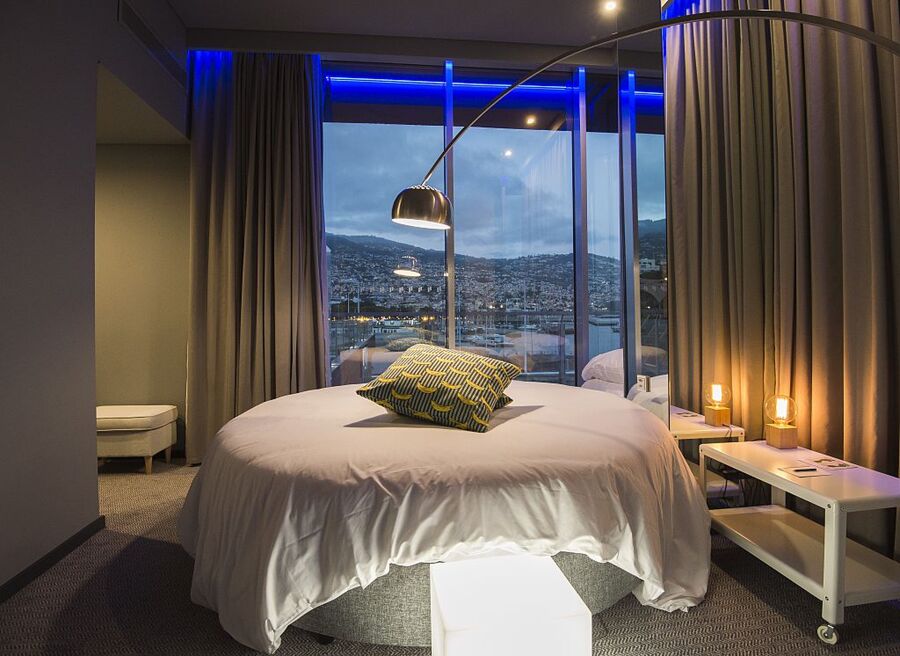 Perhaps the most surprising is that even though Ronaldo's hotel has a very luxurious aura about it, the rates aren't too outrageous. A standard room can be had for as little as £184 per night, or about $243. Sure, it's no Holiday Inn Express, but it's still not as expensive as some of the luxury hotels around the United States.

In fact, U.S. citizens will soon be able to experience Pestana CR7 themselves: Ronaldo and his team have plans to open hotels in additional cities. New York is a planned area for expansion, as is Madrid and Lisbon, the capital of Portugal.

The Madeira hotel, located just 20 minutes from Cristiano Ronaldo Airport (yep, the forward has his own airport named after him), has lots of quirky touches. There are golden hand seats in the lobby, and a silver hand serves as the doorknob to guest's rooms. After taking a private elevator to their floor, guests walk down a carpeted hallway that looks like a soccer pitch. At the end of the hall is a giant mural of a celebrating Ronaldo, greeting guests as they enter. 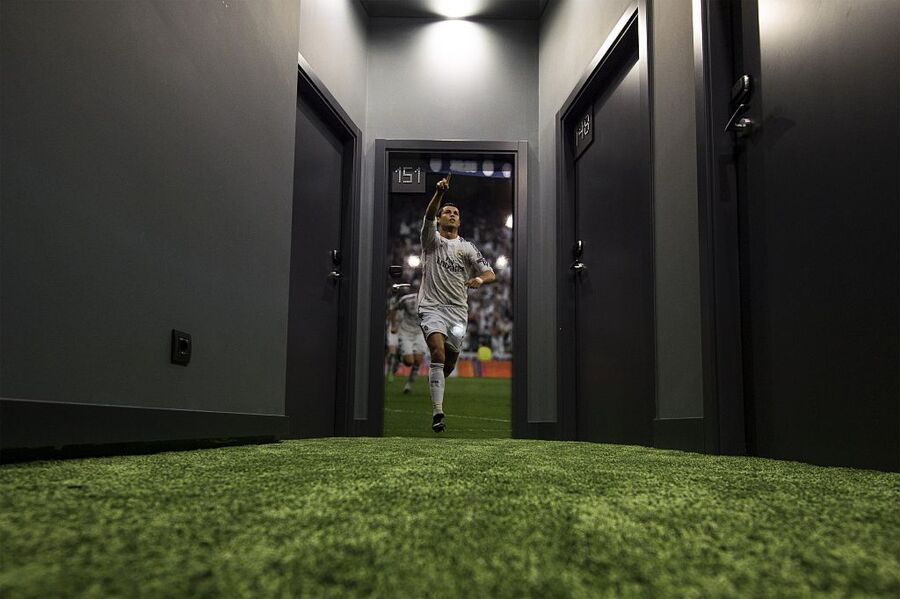 Each room is equipped with a 48-inch HDTV, a yoga mat, and mood lighting. And for those guests who need to apply makeup or shave using the bathroom mirror, you can do it with Ronaldo's face staring back at you. A large image of him wearing sunglasses hangs on the bathroom wall, with each lens of the sunglasses serving as a mirror.

Guests who want to pay a bit more get a few more luxuries, including a spacious living room or USB chargers, though the package is pretty extensive for the standard rooms. The most expensive room, the CR7 suite, goes for £580, or about $767. It has a second HDTV, an expansive living room, and the best views of the city and bay area.

Ronaldo's also added his personal touch to the community areas. There's a gift shop full of soccer merchandise just next door to the lobby. In the bar and sports lounge, Ronaldo's favorite quote, "To be the best, you need the best" is illuminated on the wall. The open-air gym features a "Get In Shape" workout designed by the star himself.

No word yet if it makes you a terrific player on the pitch, but we can hope, right? 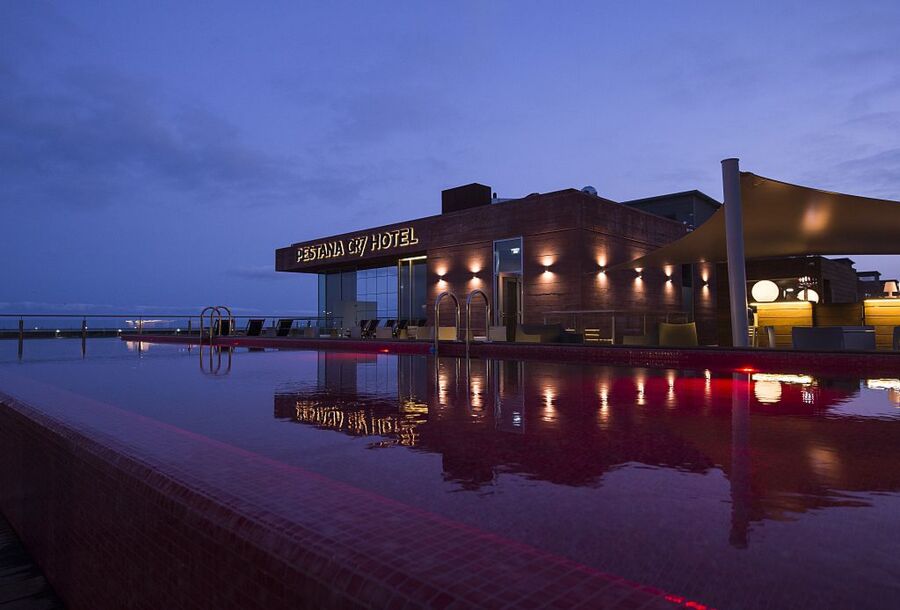 Octavio Passos/Getty Images
Did we make a mistake?
Submit a correction suggestion and help us fix it!
Submit a Correction