Alfred Morris signed a two-year contract with the Dallas Cowboys last year for $5.5 million. The deal included a $1 million signing bonus and a fully guaranteed base salary of $1.2 million this season.

Morris could make an additional million dollars if he leads the league in rushing and runs for 1,500 yards. That's highly unlikely, but hey, he's still a productive running back. Maybe he'll surprise us all.

And yet, while other NFL players drive flashy, expensive cars, Morris still gets around in a ride that's more than two-and-a-half decades old, a 1991 Mazda 626 sedan that he bought for a whopping $2.

That's not a typo. Morris gave his pastor two whole dollars for the vehicle, which he got during his junior year at Florida Atlantic University. The car, lovingly named Bentley, has been with Morris ever since. 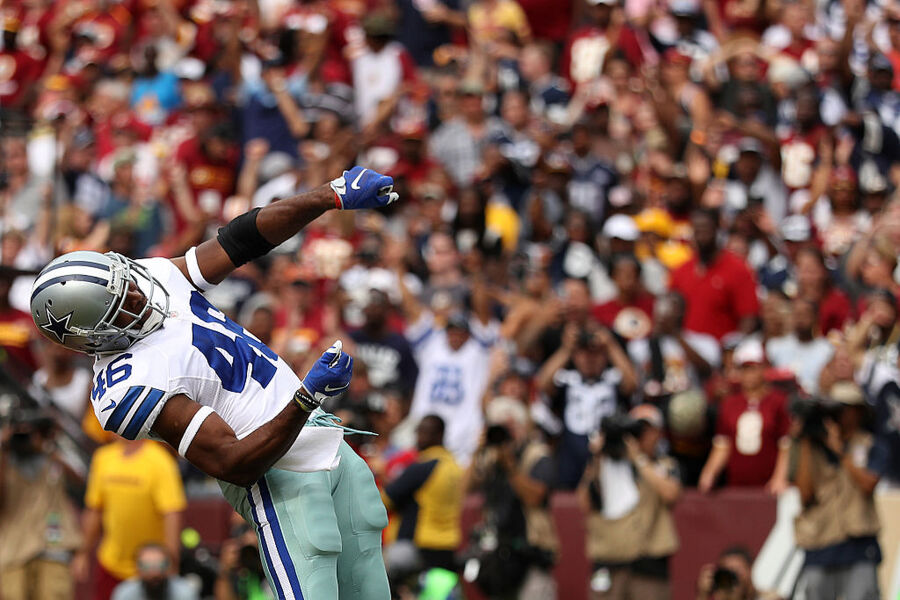 It's a great reminder of how Morris got to where he is now. "It just keeps me grounded, where I came from and all the hard work for me to get to this point," the running back said in a 2012 interview when he was a rookie with the Washington Redskins.

Bentley did get its own version of Pimp My Ride in 2013. Mazda offered to refurbish the car, an offer Morris gladly accepted. The car company installed a new engine, new interiors and a shiny GPS system. It's unclear if Morris relied on old-fashioned maps to get him around prior to the makeover.

Morris doesn't plan to give Bentley up anytime soon, either. The car, which is now old enough that it could legally rent a car itself, will always be Morris's baby.

Until then, Morris will have plenty of money to spend on other things.