Could Zion Williamson Earn A Billion Dollars During His Career?

He hasn't even played in an official game yet, but Zion Williamson has already taken the league by storm. The No. 1 overall pick for the New Orleans Pelicans can flat out ball, there's no doubt about that. He's also got a big personality, a flashy smile, and a good head on his shoulders.

So it begs the question: with his whole career ahead of him, can Williamson make a billion dollars?

It's never happened before. Kevin Garnett has made more on the court than any other NBA player ever, and he earned $334.3 million, just about a third of the way to a billion dollars. But don't count Williamson out just yet. With the potential for several max contracts and sponsors lining up to sign him, Williamson is in a great position to become the first billionaire earner in NBA history.

Let's start by looking at his potential salary earnings, using RealGM's salary cap projections. We're also making a few assumptions along the way, though based on how the salary cap has risen over the past decade or so, these should be fairly accurate estimates.

Thanks to the rookie salary scale, Williamson's first contract will be a four-year, $45 million deal with the Pelicans. By the time that contract ends, he'll be entering his age-23 season, and the salary cap will be a projected $137.8 million. If Williamson re-signs with the Pelicans, he could make about $190.3 million over five years.

After that contract is where things get especially interesting. Williamson will have nine years of NBA service under his belt. Players at that level can sign contracts worth 30 percent of the cap; players with 10 or more years of experience can sign for 35 percent of the cap. 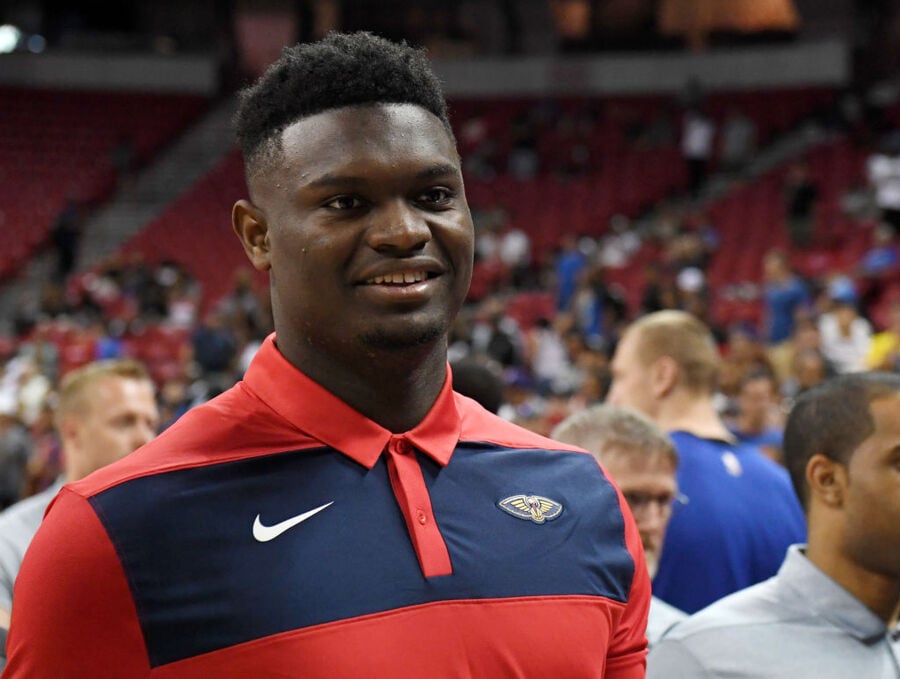 Williamson could make more money signing a one-year deal (either with the Pelicans or another team) and then signing a five-year max deal. Again, the total amount is making some assumptions on the salary cap increasing by about 5 percent annually, but it would be hugely lucrative for Williamson.

His one-year deal would be worth about $61.6 million. And then, if he signs that max contract, Williamson will earn an extra $356.3 million over the following five seasons. That sum would be more than any contract in NBA history – by far. James Harden's six-year, $228 million extension with the Houston Rockets currently holds the most expensive position.

While Williamson's total sum sounds incredibly expensive, keep in mind this contract would expire after the 2033-34 season. Basketball salaries sure have changed over 15 years, and with the popularity of the NBA, contracts will only continue to go up.

At this point of his career, Williamson would be 34 years old. He could perhaps sign another max contract, though teams are often hesitant to give max deals to players in their mid-30s or on the tail end of their careers. With that in mind, let's take a conservative estimate and say Williamson will earn $150 million during his final four seasons in the league. He retires at the age of 38 with about $803.2 million in career earnings.

Of course, Williamson won't make all of that money. Between federal, state, and payroll taxes, he'll lose about half of his earnings to good ol' Uncle Sam. Let's keep it simple and take half away – Williamson will keep about $401.6 million from his on the court earnings.

Athletes are typically limited by what they can earn on the court. In Williamson's case, he can, at most, make 35 percent of whatever the salary cap is. His off the court earnings potential, though? In theory, it's unlimited.

Williamson will already reportedly command a $100 million deal coming straight out of college. If he follows a path similar to LeBron James, he could net a lifetime deal with Nike. Williamson wore Nike shoes in college and already has a strong rapport with the brand.

The financial details of LeBron's deal haven't been released publicly, but it's reported that the deal is worth a billion dollars. If Williamson can net something similar, he'll still get about $500 million after taxes.

Combine that with other sponsorship deals and endorsements, which are likely to come in by the truckful. Apparel companies, food products, and other lifestyle brands would be right up Williamson's alley.

Beyond that, Williamson will have plenty of opportunities for sponsored tweets and influencer campaigns on social media. Some celebrities can make five figures on a single tweet or Instagram post. Between all of those different streams of income, Williamson will have a ton of money coming in. He could realistically hit a billion in earnings after taxes before he's officially hung up his sneakers.

Now, all of this is making plenty of assumptions. Williamson has to live up to the hype he generated at Duke, for one. He also has to remain healthy over the course of his career. And he must remain a likable star in order for companies to want to support him.

However, if Williamson stays the course, he could make a billion dollars by the time all is said in done. He's done plenty of impressive things so far, but this could be his most incredible feat of all.